Pope Francis: ‘Put the Needs of the Poor Ahead of Our Own’ 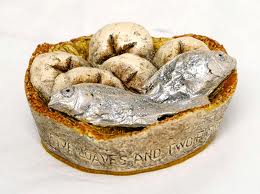 Holy Father says the Multiplication of the Loaves and Fishes is all about compassion, sharing and the Eucharist.

VATICAN — At Sunday’s Angelus address at the Vatican, Pope Francis called on those receiving his message to care first for the poor before concerning themselves with their own wants and needs.

“Jesus teaches us to put the needs of the poor ahead of our own,” he said Aug. 3 in St. Peter’s Square. “Our needs, even if legitimate, will never be so urgent as those of the poor, who lack the necessities of life.”

He reflected on the day’s Gospel, the Multiplication of the Loaves and Fishes, from which he drew three messages: compassion, sharing and the Eucharist.

Beginning with compassion, he said that Christ “does not react with irritation to the crowd that followed him and would not, so to speak, ‘leave him in peace.’ Rather, he feels compassion, because he knows that they do not seek him out of curiosity, but out of need.”

He clarified that this compassion of God is not merely a feeling of pity, but is, as the word suggests, a suffering with that “identifies with the suffering of others, to the point of taking it upon himself.”

Follwing this question, the Pope moved on to reflect on the second theme of the Gospel: sharing.

Contrasting the reactions to the crowd of the disciples and of Christ, he said they are “two different reactions, which reflect two opposing logics: The disciples are thinking according to the world, for which everyone has to take care of himself; Jesus thinks according to the logic of God, which is that of sharing.”

“How often do we turn away so that we do not see the brethren in need?” the Holy Father asked.

This, Pope Francis said, “is not of Jesus: This is egoism.”

The multiplication “ is no magic trick, but a ‘sign’: a sign that invites us to have faith in God, the provident Father, who will not force us to go without ‘our daily bread,’ if we know how to share it as brethren.”

Finally, the Pope turned to the final theme of his Angelus message: the Mass, saying the scene “prefigures the Eucharist.”

Compassion, sharing and the Eucharist, Pope Francis said, are part of “the way which leads us to fraternity with the needs of this world yet which takes us beyond this world, because it comes from God the Father and returns to him.”

He concluded: “May the Virgin Mary, Mother of divine Providence, accompany us on this way.”