Pope Francis hints at US trip, says he would go to China ‘tomorrow’ if invited 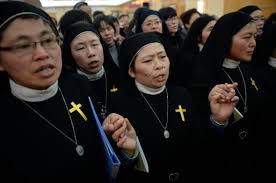 Francis says he needs to slow down for health reasons and made a number of declarations on world affairs, including Isis