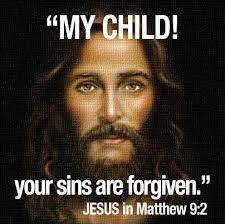 The remarkable gathering of global Catholic leaders in Rome that ended on Saturday has mostly been filtered through a political lens, as a debate between factions. Thus the hopes of gay people and the divorced were raised by a swing to the liberals but dashed by the conservatives reasserting themselves. But that doesn’t capture what happened. The actual dynamic was more complex, and very different.

For the bishops who attended, assent to doctrinal orthodoxy was the starting point. What Pope Francis called “the fundamental truths of the sacrament of marriage” were never in question: before, during and after the synod, sex was for marriage, marriage was for a man and a woman, open to life, for life, and sexually faithful. There was no debate on these points. Pope Francis did not call this synod to change teaching, but to expand it to include the missing part: the “missionary” and “pastoral” dimension – the merciful, healing, loving, welcoming part of Catholicism, which those outside the faith don’t get to see. Understand why they don’t and you get the point of the synod.

Those of us who know the church know that in our parishes and schools and institutions, our pastors pastor. They tend to us, nurture us, help us and support us, whoever we are, and whatever our stage of moral development. Most of us live in the gap between who we are and who we are called to be; being a Catholic isn’t an all-or-nothing proposition. The doorway is wide; and inside, on the whole, it’s warm and welcoming: a clinic for the feeble, not a club of the smug. It’s nuanced and compassionate, even if it keeps the goals clearly in the spotlight.

So why do so many people see only judgmentalism and rejection, even pharisaism? Because since the 1980s, Rome has concentrated on asserting doctrinal clarity and uniformity, partly to restore direction following divisions opened up by the second Vatican council in the early 1960s. This meant keeping out the pastoral. Bishops attended synods but the Vatican controlled the agenda. Awkward pastoral questions were asked but not discussed, and existing teaching and practice were reaffirmed.

Francis has flipped that omelette. He has brought the periphery into the centre, breaking open the Vatican to a new pastoral language. He has invited tough questions to be asked with unprecedented frankness: how to bind the wounds of the divorced, while promoting indissolubility? How to embrace gay people while celebrating marriage as a conjugal institution? How can the church be, like a good parent, both clear teacher and merciful mother? The tensions are as old as Jesus, who called people to lifelong sexual fidelity yet saw the adultress as both sinner and victim. What’s new is bringing the tension into the governance of the universal church.

A few think this is deeply misguided. Tallies of the votes on the final document reveal a small group of 25-35 “rigorists” opposed to the Francis pontificate; they yearn for the old clarity. They made a lot of noise but compared with the 160-180 who consistently voted in favour of Francis’s pastoral and missionary reset, they are a tiny number. The synod was made up overwhelmingly of pastors like Francis, who have agreed to review a whole series of practices and changes.

On two issues the synod did not get a clear green light. One group couldn’t see how the divorced and remarried could ever return to the sacraments without compromising indissolubility. Another group of African and Latin-American bishops refused to agree to treat gay people with respect and tenderness because the wording implied the existence of a gay “identity” which they cannot for cultural reasons accept. These are still minorities – perhaps 30-40 – but, combined with the rigorists, their veto ensured there would not be a two-thirds majority for three of the 62 paragraphs of the report.

But that means only that a lot more discussion and reflection are needed before the synod of bishops comes up with concrete proposals next year. What matters is that the pastoral is being brought to bear on the doctrinal: the church has decided to live in that tension. It’s a lot less tidy, but a lot more holy.