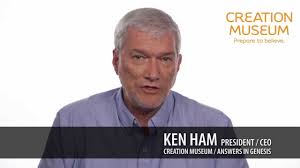 For AMAIC’S views on Creationists, see e.g. our:

The following has been taken from: http://au.ibtimes.com/articles/571662/20141104/pope-francis-criticsm-big-bang-theory-evolution.htm#.VFlHh2aKB9B

Some creationists expressed their strong opinions about Pope Francis’ declaration that Big Bang and Evolution theories “are not incompatible” with the existence of a Creator.  John Ransom, a Finance Editor for Townhall Finance, likened the Pope to a drunk driver. Kent Ham, the leader of the Christian group Answers in Genesis alleged Pope Francis is putting man’s words above God’s words. Michael Snyder from Right Side news said Pope just wants to recruit new people to the Catholic faith by embracing a progressive view of how the Earth was created.

REUTERS/Alessandro BianchiPope Francis sprinkles holy water with an aspergillum as a blessing during the Palm Sunday mass at Saint Peter’s Square at the Vatican April 13, 2014.

Pope Francis, “lane-wise, seems like a drunk driver,” Ransom wrote. He said he agrees with the Pope saying that the scientific theories of creation are not incompatible with how it was written in the Bible. However, with Pope Francis’ “desperation to be relevant,” he made use of words that “will hurt Catholics” who had been loyal to the faith, Ransom stated.

Ransom thinks Pope Francis is bargaining too much to balance the scientific beliefs of men and the teachings of the church. With this, he is sacrificing the divinity of “our Creator” and succumbing to the worldly caprices of men, Ransom said. He noted that Pope Francis has the same attitude in handling homosexuality and other moral issues. If the Pope continues to adopt this approach, “those on the Left will seize upon the Pope’s words to demoralize and degrade believers in the Christina Church,” Ransom believes.

For Ham, Pope Francis makes no difference with many religious leaders who is putting man’s word above the words of God. He found it particularly shocking that Pope Francis compares God to a magician with a magic wand. He said the comparison is tantamount in saying that only a man with the capacity of a magician had created the universe. For Ham, the Pope’s statement shows he does not understand “who Scripture claims God is.” Ham is appealing for people to pray that church leaders, including Pope Francis, repent for their unacceptable views about God.

” I encourage you to pray that church leaders like these will realise that they are placing man’s opinions above God’s Word and that they will repent and trust God’s Word, beginning in Genesis,” Ham wrote.

For Snyder, Pope Francis’s has an agenda when he made his controversial speech. It seemed that the Pope wants to create “a religion that almost everyone would love.” He said the changes that Pope Francis is bringing to the table are aimed at drawing lots of new people to the Catholic faith. In his interpretation, Pope’s statement made it obvious that he “does not believe what the Bible literally says about the how the world was created and about how humanity came to be.”