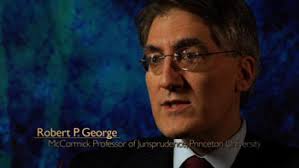 ROME — So far, Pope Francis’ most significant internal opposition has come from conservative Catholics alarmed over what they see as playing fast-and-loose with Catholic doctrine. This week, however, an all-star lineup of conservatives gathered in Rome has come to the pope’s defense.

“I am a conservative politically,” said Princeton University law professor Robert P. George, considered one of America’s most prominent Catholic commentators. “But I’m a Pope Francis Catholic, which is simply to say that I’m a Catholic.”

Saying she dislikes ideological labels, Glendon nonetheless acknowledged that she fits the spectrum of “conservative,” yet said she’s never doubted for a minute Pope Francis and where he’s leading the Church.

“He’s said from the beginning, ‘I’m a son of the Church’. I believe he’s a very honest man who speaks from the heart,” Glendon said. “And his heart is in the right place. What you see is what you get.”

Glendon was named to a supervisory board for the Vatican bank by Pope Francis.

George and Glendon were in Rome this week for an interreligious colloquium called “Humanus,” reflecting on the idea of “complementarity” between men and women from the perspective of 14 different religions.

Philadelphia Archbishop Charles Chaput, usually recognized as a strong conservative leader who also attended the Rome conference, told Crux that the problem isn’t the pope, but those interpreting him.

According to Chaput, who will host the World Meeting of Families in Philadelphia next September with Pope Francis in attendance, one side of the ideological spectrum is accusing the other of not loving the pope enough.

“They want to make it a problem,” he said.

Chaput said the only political perspective that ought to matter is “the ideology Pope Francis has spoken about, the ideology of the Gospel.”

As for the pontiff’s visit to the United States next year, Chaput said it will be an extraordinary moment of grace.

“We [in the States] always say that we desire to live in the shadow or shade of St. Peter, and the pope is the successor of Peter,” he said. “When he comes, he brings that grace with him.”

The key idea of the three-day colloquium at the Vatican’s Synod Hall was “complementarity,” meaning the distinct roles that men and women have, which complement one another in the family, married life, and the Church.

The term comes up frequently in Catholic circles as part of the intellectual basis for opposing same-sex marriage, on the grounds that the natural differences between men and women reflect the divine plan for marriage as a union between the two sexes.

As a result, the colloquium has been labeled a conservative meeting.

When asked about that label, Glendon called it ridiculous. “This has been a meeting about how marriages and child-raising families are indeed the remedy for the spiritual and moral and material devastation that has afflicted the poor, women, and children,” she said.

Picking up on the pontiffs’ address to the conference on Monday, George said that family isn’t a conservative or liberal problem.

“It’s a force in itself, and it’s something we should come together for,” he said.

For the Princeton scholar, marriage shouldn’t be oriented simply for the satisfaction of the adults, but for the welfare of the children.

“They are the ones who are suffering from the fragmentation of families,” he said.

Paraphrasing Francis, George referred to the crisis of the family and its relationship with the culture of disposability, one of the pontiffs’ recurrent expressions. He believes marriages are being tossed aside as though they were old clothes or tissues.

George also underlined the interreligious aspect of the conference, with people of faith coming together “across the historic line of religious divisions to bear witness to the common belief that marriage is the union of man and woman open to life.”

It was a running joke during the gathering that the non-Catholic speakers were the most powerful ones, with speeches from former chief rabbi of the United Kingdom and the Commonwealth, Lord Jonathan Sacks, and the Rev. Richard Warren, senior pastor of Saddleback Church.

Anthony Fisher, the newly appointed bishop of Sydney, Australia, who attended the gathering and described it as the best Vatican-organized conference he has attended in the past 15 years, saw truth in the joke.

“The Jews and the Evangelicals were the best, they spoke very inspiringly, but that’s good for us, it’s like an injection of hope,” he said.

“I’d really like for those Jews and Evangelicals to be at the next synod [on the family, scheduled for October 2015],” Fisher said.

Inés San Martín is the Vatican correspondent for Crux, stationed in Rome. More