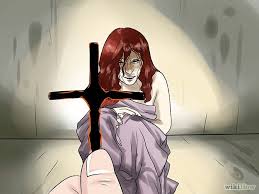 Films such as The Rite, a 2011 film starring Sir Anthony Hopkins as a Jesuit exorcist who runs an exorcism course in Rome, have piqued further interest in the ‘dark arts’ Photo: Rex Features

The “Pope Francis effect” has been credited with encouraging a resurgence in faith among rank-and-file Catholics but it has also had a more unexpected consequence – a boom in the demand for exorcisms.

The Argentinian pontiff’s fire-and-brimstone language and frequent references to the Devil have helped propel belief in Beelzebub back into the mainstream of the Catholic Church, where once it was an embarrassment.

Dioceses in the UK, Italy, Spain and elsewhere have noticed a dramatic increase in the number of people claiming to be possessed and have responded by training more priests in the dark arts of how to perform exorcisms.

A week-long exorcism conference, held this week at the Pontifical University of Regina Apostolorum in Rome and endorsed by the Vatican, is being attended by around 160 Catholic priests from around the world, who insist that demonic possession is very real.

“Pope Francis talks about the Devil all the time and that has certainly raised awareness about exorcisms,” said Father Cesare Truqui, a Mexican priest trained as an exorcist. “But all Latin Americans have this sensibility – for them, the existence of the Devil is part of their faith.”

In October, the Argentine Pope commended exorcist priests for their fight against “the Devil’s works”, saying that the Church needed to help “those possessed by evil.”

“Until a few years ago, a significant number of people in the Church didn’t believe in the Devil, but people are now going back to the Scriptures,” said a British exorcist priest from Birmingham who asked not to be named.

“Pope Francis has given a certain amount of encouragement to that. A few years ago at least half the dioceses in England and Wales did not have an exorcist. Now, pretty much all of them do.”

Italy has also witnessed a sharp rise in demand for exorcisms. The diocese of Milan recently increased the number of exorcist priests from five to 12, and the diocese of Rome doubled its team of resident exorcists to 10.

Father Truqui, 47, is the chief exorcist for the diocese of Chur, a city in eastern Switzerland, and claimed to have taken part in around 100 exorcisms.

He claimed that exorcists could discern the difference between people with medically-treatable psychiatric problems, and those who were possessed by the Devil.

“Some people are mentally ill and do not need exorcism. But others do and there are some classic signs – people who speak in ancient tongues, for instance. Other people have supernatural strength when they are in a state of possession – it might take four men to hold down a slightly-built woman. In some cases, people are able to levitate.”

It is not just Pope Francis who has encouraged a belief in the Devil, experts said.

There is also a greater awareness of exorcism, created by films such as The Rite, a 2011 film starring Sir Anthony Hopkins as a Jesuit exorcist who runs an exorcism course in Rome.

In the diocese of Rome – the Pope’s backyard – a third of the telephone calls received by Catholic officials relate to requests for exorcisms, Father Truqui said.

Priests at the conference blamed everything from pornography, television and drug-taking to greater interest in the occult for the rise in the number of demonic possessions.

“If one is addicted to something, it allows the evil spirit to hook into that and make it more potent,” said one of the British priests.

He has only been involved in one exorcism, in which a woman in her mid-40s spoke in a deep, growling voice. Cases of true demonic possession were rare.

“A considerable number of the cases referred to us are in fact psychiatric cases,” he said.

During the week-long course, there will be lectures by Catholic prelates on subjects such as “Occultism, black magic and Satanism”, “Angels and demons in Holy Scripture” and “Criminal Aspects of Satanism”.

Addressing the first day of the conference, Monsignor Luigi Neri, the archbishop of Ferrara in the northern region of Emilia-Romagna, attributed the growing demand for exorcisms to atheism and consumerism.

Gesticulating and jabbing with his finger, the white-haired cleric said prayer was central to the fight against the Devil.

“Evil exists and poisons the human experience. It is a challenge and a provocation.”