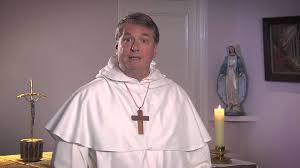 The Archbishop of Sydney, Archbishop Anthony Fisher OP, will debate one of the world’s most influential ethicists, Peter Singer, on a yet-to-be-confirmed topic surrounding end-of-life issues on August 13, reports The Catholic Weekly.

In a major coup for the student association, the Catholic Society of St Peter, the debate will be held in the Great Hall at the University of Sydney, the same venue where the then Bishop-elect Fisher debated euthanasia campaigner Philip Nitschke in 2003.

The academic thought of Archbishop Fisher, one of the world’s leading bioethicists, is in almost every respect worlds apart from that of Singer’s.

The Australian-born Singer, a professor of bioethics at Princeton University, argues that sentience, or the ability to feel, and rationality, are among the truest markers of personhood, making some animals more ‘persons’ than some humans.

As a utilitarian, he argues that what makes actions morally permissible has nothing to do with the nature of the actions themselves, but whether they maximise pleasure for the greatest number of persons.

His defence of practices such as infanticide, incest and bestiality, and his advocacy for the ethical treatment of animals as well as his own personal altruism, have become well known through his numerous books and speaking engagements.

Daniel Hill, the convenor of University Catholic Chaplaincies, said that the ideas of Peter Singer were popular in many universities and that he looked forward to seeing them challenged.

“What we have here is a true blue exchange of ideas from the two experts in the field on the complete opposite ends of the spectrum,” Mr Hill said.

“People have to deal with these big questions of life and death; the fundamental questions of humanity: Who are we? Why are we here? What are we worth?

“Being debated at Australia’s oldest university, it underscores how important it is to have very robust debate about these issues and enable both sides to be very vocal.”
FULL STORY
Archbishop Fisher to debate controversial philosopher Peter Singer
RELATED COVERAGE
Catholic health and aged care ‘walk the talk’ (Catholic Weekly)