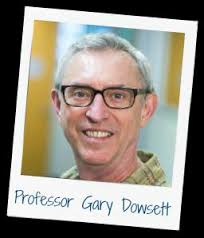 THE DEPARTMENT OF SEX, HEALTH AND SOCIETY

Prime Minister Malcolm Turnbull last week ordered the Safe Schools Coalition to tone down its classroom campaign or lose millions in taxpayer funding. Defenders of the alleged anti-bullying program were outraged, as usual.

“I think it’s not the program they’ve got an issue with,” Greens leader Richard Di Natale said on Sunday, accusing conservative backbench MPs of homophobia and transphobia.

“I think it’s the behaviour and feelings (of) children who are struggling with issues of gender and sexuality — I think it’s more to do with that, and there’s no question much of this, or at least part of it, is coming from a place of homophobia.”

That certainly can’t be said of academic Gary Dowsett, a professor in the Sex, Health and Society Department at Melbourne’s La Trobe University, which helped devise the Safe Schools program.

Although Dowsett was not directly involved in Safe Schools work, his views over the years on sexuality and children deserve scrutiny.

Liberal MP George Christensen last week cited in parliament a 1982 piece by Dowsett for the quarterly newsletter Gay Information. “I also have a friend, a paedophile, who is working very hard on making sense out of his relations with boys. These relations consist of, among other things, a large amount of nurture and support for these boys, a real caring for their welfare and growth,” Dowsett wrote.

“A new political position is needed for there are significant political struggles at stake. First, we have three legal/social questions to win: custody rights for gay men and lesbians; the legal right of paedophiles and their young lovers; and finally the sexual rights of children.

“The current paedophilia debate then is crucial to the political processes of the gay movement: paedophiles need our support, and we need to construct the child/adult sex issue on our terms.”

Anyone championing the “legal right of paedophiles” and declaring that “paedophiles need our support” might have expected a few career barriers.

Not so for Prof Dowsett, however, who has since made a fortune from various research papers, many of them taxpayer-funded.

(Continue reading The Department of Sex, Health and Society.)