Extinct ‘Siberian unicorn’ may have lived alongside humans, fossil suggests 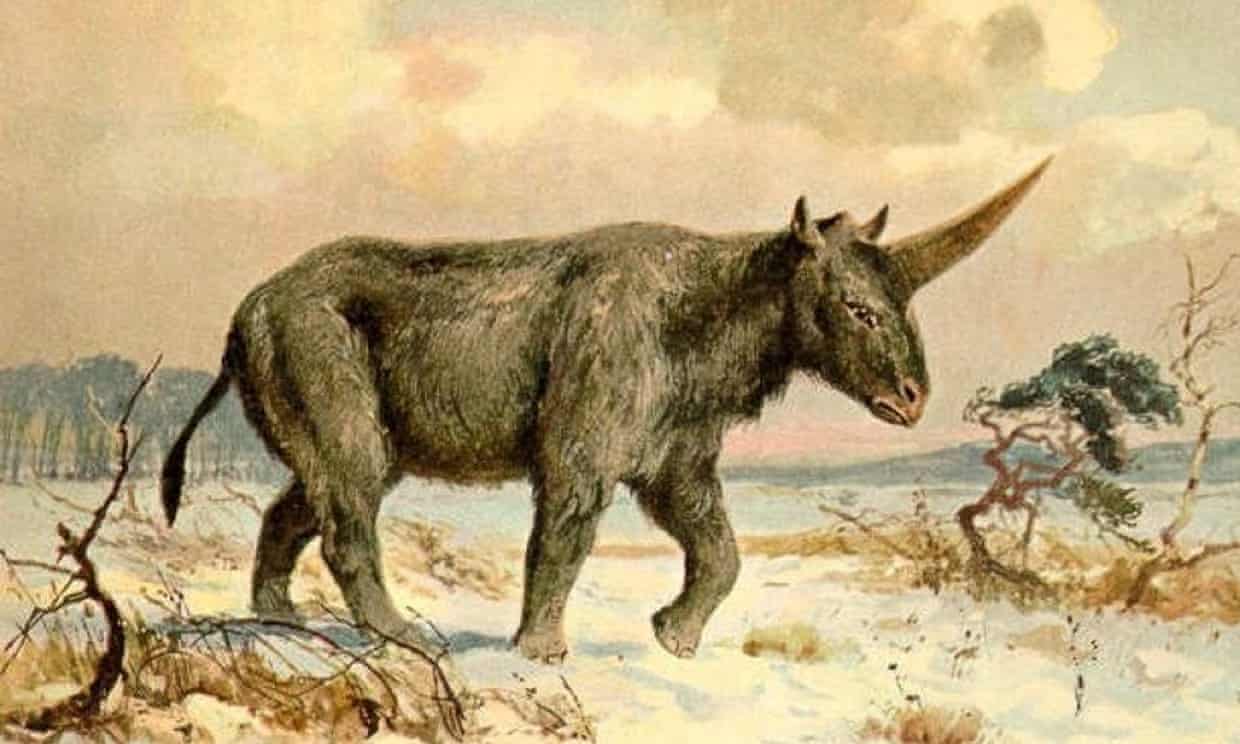 Ellen Brait in New York
An extinct creature sometimes described as a “Siberian unicorn” roamed the Earth for much longer than scientists previously thought, and may have lived alongside humans, according to a study in the American Journal of Applied Science.
Scientists believed Elasmotherium sibiricum went extinct 350,000 years ago. But the discovery of a skull in the Pavlodar region of Kazakhstan provides evidence that they only died out about 29,000 years ago.
Unfortunately, despite its sizable horn, the “Siberian unicorn” looked more like a rhinoceros than the mythical creature its nickname refers to. It was about 6 feet tall, 15 feet long, and weighed about 9,000 pounds, making it more comparable to a woolly mammoth than a horse.
….
Taken from: https://www.theguardian.com/science/2016/mar/29/siberian-unicorn-extinct-humans-fossil-Kazakhstan
[AMAIC Comment: Well, what’s a mere 350,000 years among friends!]