The Catholic Archbishop of Sydney has launched an attack on the push to legalise same-sex marriage, warning that a failure to protect religious freedoms will ­expose many Australians and faith-based institutions to the risk of “harassment and coercion”.
Archbishop Anthony Fisher has warned that religious schools, hospitals, charities and welfare agencies could be jeopardised by a Yes vote for same-sex marriage in the government’s postal ballot.
Firing an opening shot in the church’s campaign, the archbishop has laid down battlelines for the No case by linking the ­redefinition of marriage to broader community concerns about ­issues such as the contentious Safe Schools program.
• ‘Religious freedoms protected’ – Australian Politics Live Coverage
The push to broaden the debate is supported by some ­Coalition MPs, including Tony Abbott and Nationals senator Matt Canavan, who have issued statements about a march of political correctness and the preservation of marriage as an institution for the bringing up of children.
“It’s a pity that there is no settled position on the protections that should be available if same-sex marriage goes through,” Mr Abbott told The Australian. “The advocates of change should ­always be required to make their case.”
The attack by Archbishop Fisher pitches the Catholic Church in a heated battle against Labor and key backers of the Yes campaign, who say there is no need for same-sex marriage to be accompanied by stronger religious protections for faith-based institutions.
In a statement to The Australian, Archbishop Fisher said the exercise of “free religion” would be curtailed and religious protections canvassed so far had applied only to ministers of religion and civil celebrants, a group representing only a “tiny proportion” of believers.
“What protections will be ­offered to people who work for church-run institutions such as schools, hospitals and universities?” he said. “Will teachers be free to teach church teaching on marriage or will they be forced to teach a more politically correct curriculum?
“Will employers of such church agencies be free to choose staff in sympathy with their church’s teachings? Will Catholic welfare agencies be required to provide marriage preparation or marriage counselling for same-sex couples on pain of being dragged before anti-discrimin­ation tribunals?”
Archbishop Fisher also rejected arguments the legalisation of same-sex marriage would not have broader consequences. “Many people believe that redefining marriage won’t affect them,” he said. “Respectfully, I would say they need to take another look — it will affect every Australian.
“In other parts of the world that have legalised same-sex marriage, those who believe in traditional marriage have been harassed or coerced into complying with the new view of marriage. It would be extremely naive to think that won’t happen here.
“Things will only get worse if ­marriage is redefined without ade­quate protections being first put in place.” He challenged political leaders to explain whether a vote for same-sex marriage would ­result in the entrenchment of the Safe Schools program — an anti-bullying scheme that familiarises students with transgender concepts — and prevent parents from objecting to its content.
“Will children in government schools be subjected to propaganda in favour of same-sex marriage and gender fluidity such as the infamous Safe Schools program?” he said. “Will parents be free to take their children out of such classes? Will church schools be expected to toe the line also?”
The refusal of the Senate to pass legislation to hold a compulsory plebiscite forced Malcolm Turnbull to hold the $122 million voluntary postal ballot to be overseen by the Australian Bureau of Statistics, the legality of which is being tested in the High Court.
Bill Shorten, while opposed to the ballot on the grounds it could expose gay and lesbian couples to hate speech, has committed to the Yes campaign and told parliament “We cannot sit on the sidelines”.
The ballot will be conducted from September 12 to November 7, with the Yes campaign urging younger voters to enrol before the cut-off deadline of August 24.
A result will be determined by Nov­ember 15.
Labor yesterday slammed the attempt to broaden the battlefront over same-sex marriage, with ­opposition legal affairs spokesman Mark Dreyfus rejecting arguments the change would impinge on personal and religious ­freedoms.
“The No campaign know the only way they can win this fight is to make it about topics other than marriage equality,” he said.
“This is about giving LGBTI couples equality before the law. Nothing more, nothing less. ­Religious freedom is not under threat … Any suggestion it is, is nothing but a scare campaign.” Liberal City of Sydney councillor and Mr Abbott’s sister, Christine Forster, also downplayed risks same-sex marriage posed to religious freedom, saying Australia was a fair-minded and egalitarian country. She told Sky News that if she and her partner Virginia ­Edwards wanted to be married by a Catholic priest, he would be entitled to refuse under the proposals being considered by parliament.
But when pressed further, she added: “If same-sex marriage is legalised … then people have to ­accept that it is in law, how our country works.”
Senator Canavan challenged same-sex marriage advocates to bring forward legislation ahead of the postal ballot to reveal how religious freedoms would be treated in any shake-up. “Those advocating change need to show how they are going to protect religious freedoms,” he said. “I’ve never seen proposals to protect the freedoms of Catholic schools and Catholic hospitals or other religious institutions beyond those involved in weddings ­ceremonies.”
A report by a parliamentary committee on the government’s draft same-sex marriage bill found in February that “evidence supports the need for current protections for religious freedom to be enhanced”. Archbishop Fisher’s comments came after The Australian revealed last week the Anglican Archbishop of Sydney, Glenn Davies, wrote to Mr Turnbull ­requesting that any proposed bill on same-sex marriage be released before voting begins.
….
Taken from: http://www.theaustralian.com.au/national-affairs/church-warns-of-samesex-coercion-for-schools-hospitals/news-story/3eae56b41c28c0ac16bbf4ecafe04288 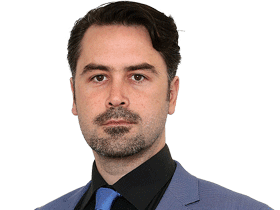