In speech on Europe, Pope Francis lays out his own ‘Benedict option’ 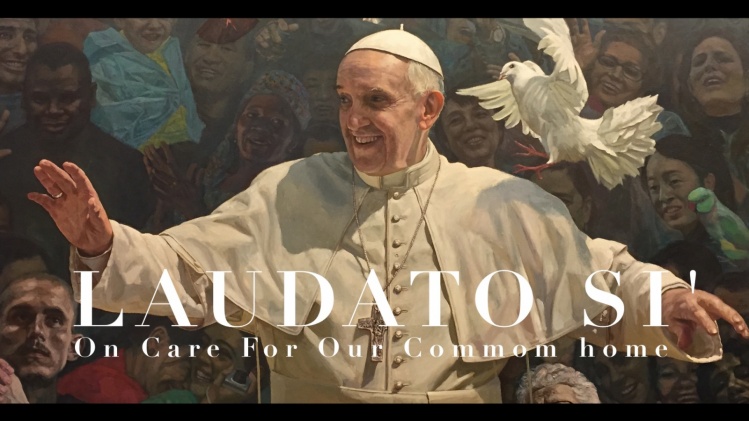 Catholic bishops across Europe largely have been making a stand in defense of continental unity, a position backed by Pope Francis. Yet in a major speech on Europe Saturday, Francis made clear he’s also no champion of the European status quo, and in fact seems to regard it as passing away. In that context, he laid out his own version of the “Benedict option” for the Church’s role.

It is clear where the Catholic Church stands on what is, without doubt, the greatest challenge to the European order since World War II: the outbreak of nationalism.

From Brexit to Catalonia, as well as the rise of far-right parties in central Europe, the Catholic reaction has been almost uniformly to sound the alarm, even if bishops — as in the case of the English and Welsh Church over the UK’s vote to leave the European Union — have been cautious about appearing to take sides.

There has been no such reticence in Spain. On a dramatic weekend in which the Catalan regional government declared independence and the national government moved to restore direct rule, the archbishops of Barcelona and Madrid, as well as the president of the Spanish bishops’ conference, made clear their sadness at the independence bid.

Like bishops across western Europe, the Spanish bishops see regionalism and nationalism as wall-building that threatens to shatter a hard-earned peaceful coexistence protected by the law and the constitution.

Pope Francis backed that message on Saturday, in a long address to a Rome conference on the Church’s contribution to Europe’s future. The gathering was organized by COMECE, which represents the bishops’ conferences to the institutions of the European Union.

In the light of Catalonia et al, it was natural for headlines to zoom in on the pope’s warning against building trenches, his call for rebooting the European dream of unity, and his warning against “particular and nationalist agendas” that threaten “the courageous dreams of the founders of Europe.”

Historians, reading those headlines, will conclude — as many people already do — that in the contemporary European unfurling, Francis and the bishops stand firmly with the forces of order and conservation, raising their voices in favor of the status quo.

Yet that’s too simple a reading — at least in the case of Francis.

In the pope’s lengthy speech, there was both a strong critique of the current state of things as well as more than a hint that the status quo has had its day. Much of the speech, in fact, delineated what Francis sees as the Church’s task now, which is to construct a counter-culture from the ruins of a collapsing political and economic order.

It is not new for papal speeches on Europe to refer to its patron, the sixth-century St. Benedict of Nursia. But what made Francis’s reference to the founder of western monasticism unusual was the parallel he drew between the twilight of the Roman empire then and Europe now.

For St. Benedict, said Francis, “the important thing was not functions but persons.” He pointed to a view of man radically different from classical Greek and Roman culture, one that transcended role and status, which was rooted in man as the image of God. The outworking of this novel concept became — through monasteries — the source of Europe’s cultural and economic rebirth.

Francis sees in this story both a lesson about Europe’s current moment and a signpost to the Church’s future role. The greatest contribution Christians can make, he argued, is to rescue the importance of the person in the face of a soulless technification of politics and economics.

In this reduction of the person to the abstract, Francis sees the triumph of the technocratic paradigm as foreseen by Romano Guardini’s The End of the Modern World, a key text for Francis which was name-checked more than once in his social encyclical Laudato Si’.

Interestingly, the Spanish word Francis uses in Saturday’s speech to describe the “twilight” of the Roman Empire — el ocaso —is the same one that describes the “end” of the modern world in the Spanish translation of Guardini’s book, El Ocaso del Mundo Moderno.

In his 1950 prophecy, Guardini foresaw the continuing dissolution of personal and social bonds from technology and the spread of a mentality in both state and market that reduces people to things, and the created world as raw material to be exploited.

As this happened, Christianity in this “postmodern” world would be increasingly unshackled from law and culture, and free to distinguish itself more clearly from the surrounding ethos.

Francis’s speech suggested that this moment has long since appeared in Europe. He referred to the continent as “a plurality of cultures and religions, while for many people Christianity is regarded as a thing of the past, both alien and irrelevant” and later described the “groupthink” of radical secularism.

He also noted — in language classically associated with a conservative outlook — the cultural breakdown of the 1960s, which he described as a period of “dramatic sterility,” not just in the sense of smaller families and “all too many [children] denied the right to be born,” but “a failure to pass on the material and cultural tools that young people need to face the future.”

Elsewhere, not least in his Charlemagne speech, Francis has described the Church’s role in Europe as one of service not power, watering the roots of the continent’s culture through humble service rather than hankering after lost gains. On Saturday he repeated this message, reminding those present that “Christians are called to restore dignity to politics and to view politics as a lofty service to the common good, not as a platform for power.”

The speech was peppered with similar examples of the Church’s humble roots-watering role in the Europe of the future: building community as an antidote to individualism, bolstering the family as a place of life-giving unity in diversity, and in general fostering dialogue, inclusion, solidarity and peace.

Christians, he said, will be needed to create jobs and dignified working conditions in the face of “soulless globalization,” to “promote political dialogue” in the face of politics descending into a mere “forum for clashes between opposing forces,” and to work for unity and harmony in the face of those who want to “dig trenches.”

Francis sums up this vision at the end, when he says Christians are called “to revitalize Europe and to revive its conscience, not by occupying spaces but by generating processes capable of awakening new energies in society” — just as, Francis said, St. Benedict did in giving birth to a “an exciting and irresistible movement that changed the face of Europe.”

While none of these messages about the Church’s role are either new or surprising, the speech’s sting lies in the assumption that Europe is living in a similar twilight to St. Benedict’s time, when the structures binding together the disparate peoples of the Roman Empire were irreparably frayed.

Aware that “European Project Over, Declares Pope” would be a headline too far, Francis never quite says that about the contemporary scene. But some of his statements apocalyptically suggest that it’s heading that way.

When he says that he “often has the feeling that the primary goal is no longer the common good, and that this perception is shared by more and more citizens,” Francis appears to side with the Catalonians and the Brexiteers who reject the structures of the European Union or the nation-state as not working in their interest.

Towards the end, he warns that the EU will fulfill its vocation to peace only if it “can renew itself in order to respond to the needs and expectations of its citizens,” with the implication that it no longer is.

In case the point was lost, he added a somber warning about what happens when positions become entrenched, citing the 100th anniversary of the First World War battle of Caporetto in which 10,000 Italians were massacred as a result of a hellish combination of cruel and incompetent leadership and German gas attacks.

Francis does not, of course, endorse today’s nationalist-populist uprisings in Europe. He criticizes them for making protest, rather than a constructive political alternative, the heart of their message, and says shutting migrants out behind “walls of indifference and fear” — as nationalists want to do — is a betrayal of Europe’s own self.

Yet nothing in the speech suggests Francis is a “conservative” in the sense of wanting to preserve the existing European order. Instead, he suggests that Europe is headed down a dark road, and that, rather than trying to cling to what shows signs of giving way, the Church should focus on shining torches in the tunnel.

We might call it “Pope Francis’s Benedict Option.” He’s not giving up on the European Union just yet, but preparing the Church for its likely collapse.

Will Italy go the way of Brexit and Trump? Catholics may decide Italy’s upcoming referendum might be the final surprise in a year marked by a sharp rise in populist sentiment. After Brexit and Trump’s victory in th…

What Brexit Britain could have learned from Pope Francis’s synod In a seismic Referendum, the United Kingdom has voted 52-48 per cent to leave the European Union. As an exercise in discerning solutions and building …