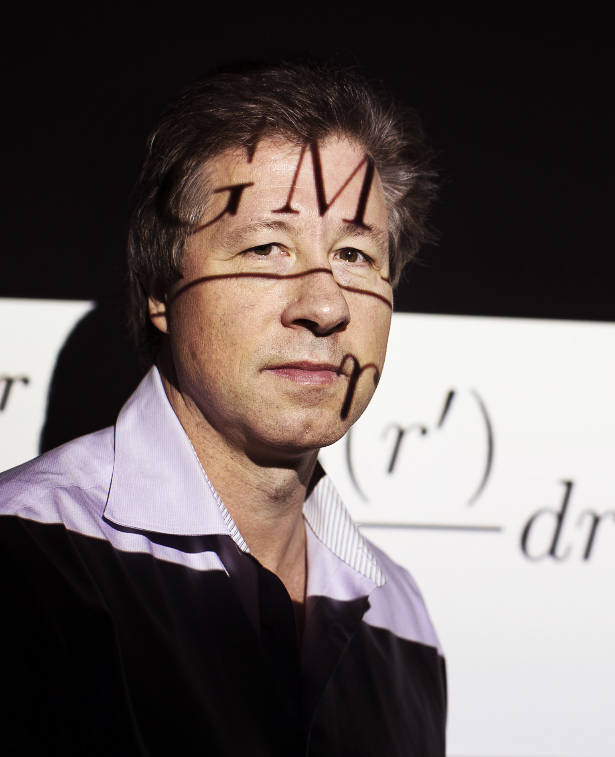 “In his calculations, Verlinde rediscovered the equations of “modified Newtonian dynamics,” or MOND. This 30-year-old theory makes an ad hoc tweak to the famous “inverse-square” law of gravity in Newton’s and Einstein’s theories in order to explain some of the phenomena attributed to dark matter.”

For 80 years, scientists have puzzled over the way galaxies and other cosmic structures appear to gravitate toward something they cannot see. This hypothetical “dark matter” seems to outweigh all visible matter by a startling ratio of five to one, suggesting that we barely know our own universe. Thousands of physicists are doggedly searching for these invisible particles.

But the dark matter hypothesis assumes scientists know how matter in the sky ought to move in the first place. At the end of 2016, a series of developments has revived a long-disfavored argument that dark matter doesn’t exist after all. In this view, no missing matter is needed to explain the errant motions of the heavenly bodies; rather, on cosmic scales, gravity itself works in a different way than either Isaac Newton or Albert Einstein predicted.

The latest attempt to explain away dark matter is a much-discussed proposal by Erik Verlinde, a theoretical physicist at the University of Amsterdam who is known for bold and prescient, if sometimes imperfect, ideas. In a dense 51-page paper posted online on Nov. 7, Verlinde casts gravity as a byproduct of quantum interactions and suggests that the extra gravity attributed to dark matter is an effect of “dark energy”—the background energy woven into the space-time fabric of the universe.

Instead of hordes of invisible particles, “dark matter is an interplay between ordinary matter and dark energy,” Verlinde said.

To make his case, Verlinde has adopted a radical perspective on the origin of gravity that is currently in vogue among leading theoretical physicists. Einstein defined gravity as the effect of curves in space-time created by the presence of matter. According to the new approach, gravity is an emergent phenomenon. Space-time and the matter within it are treated as a hologram that arises from an underlying network of quantum bits (called “qubits”), much as the three-dimensional environment of a computer game is encoded in classical bits on a silicon chip. Working within this framework, Verlinde traces dark energy to a property of these underlying qubits that supposedly encode the universe. On large scales in the hologram, he argues, dark energy interacts with matter in just the right way to create the illusion of dark matter.

In his calculations, Verlinde rediscovered the equations of “modified Newtonian dynamics,” or MOND. This 30-year-old theory makes an ad hoc tweak to the famous “inverse-square” law of gravity in Newton’s and Einstein’s theories in order to explain some of the phenomena attributed to dark matter. That this ugly fix works at all has long puzzled physicists. “I have a way of understanding the MOND success from a more fundamental perspective,” Verlinde said.

Many experts have called Verlinde’s paper compelling but hard to follow. While it remains to be seen whether his arguments will hold up to scrutiny, the timing is fortuitous. In a new analysis of galaxies published on Nov. 9 in Physical Review Letters, three astrophysicists led by Stacy McGaugh of Case Western Reserve University in Cleveland, Ohio, have strengthened MOND’s case against dark matter.

The researchers analyzed a diverse set of 153 galaxies, and for each one they compared the rotation speed of visible matter at any given distance from the galaxy’s center with the amount of visible matter contained within that galactic radius. Remarkably, these two variables were tightly linked in all the galaxies by a universal law, dubbed the “radial acceleration relation.” This makes perfect sense in the MOND paradigm, since visible matter is the exclusive source of the gravity driving the galaxy’s rotation (even if that gravity does not take the form prescribed by Newton or Einstein). With such a tight relationship between gravity felt by visible matter and gravity given by visible matter, there would seem to be no room, or need, for dark matter.

Van Raamsdonk calls Verlinde’s idea “definitely an important direction.” But he says it’s too soon to tell whether everything in the paper—which draws from quantum information theory, thermodynamics, condensed matter physics, holography and astrophysics—hangs together. Either way, Van Raamsdonk said, “I do find the premise interesting, and feel like the effort to understand whether something like that could be right could be enlightening.” ….