Pontius Pilate was a judge over Israel for many years 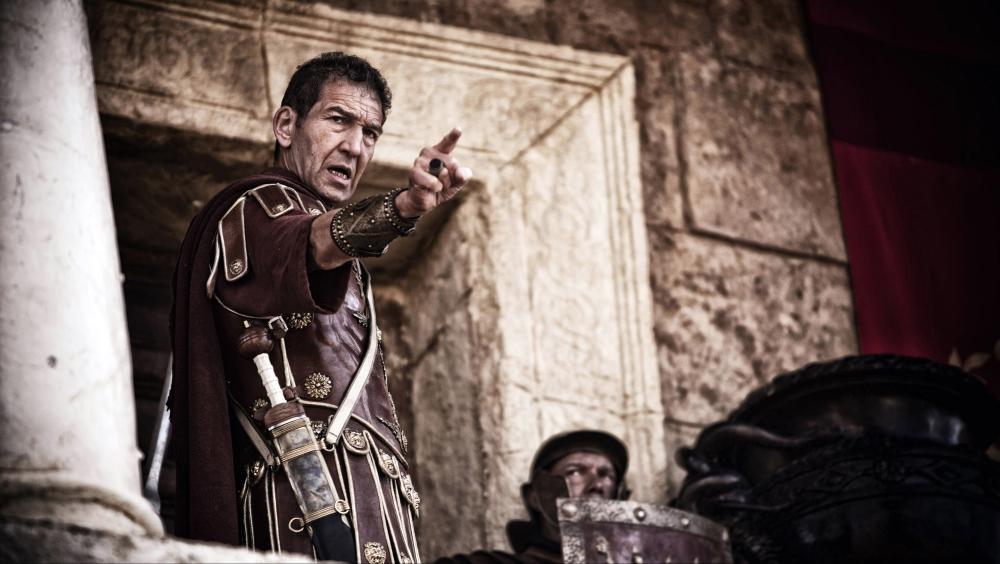 in several ways appears to bear stronger similarities to the Pilate

described in the Gospels, than Pilate himself”.

As professor Julius Sumner Miller would have asked:

Why is it that Josephus’s procurator Felix, conventionally dated to c. 50 AD, may better fit the biblical description of Pontius Pilate than does Pilate himself, conventionally at c. 30 AD?

The answer to this question comes fairly easy to a hardened revisionist such as myself.

Similarly, the question is asked – and I have answered it – why does king Nabonidus of Babylon (conventionally dated to c. 540 BC) better fit the Book of Daniel’s description of the Chaldean “King Nebuchednezzar” than does the historical Nebuchednezzar (II) (c. 600 BC, conventional dating) himself?

Simple answer: The Babylonian history has been over-extended and heavily duplicated.

I have written by now various articles on this subject of neo-Babylonian revision, including:

“Nebuchednezzar” of the Book of Daniel

Instinctively now, therefore, I would incline to the view that Procurator Felix was so like the biblical Pilate because he was Pontius Pilate. No need, then, for any 20-year “time shift”.

just “Felix”, which could well be simply a nickname.

My suggestion would be – as already strongly hinted in the first part of this article – that the Pontius Pilate of the Gospels was the same as the “Felix” of the Book of Acts.

Whether accurately or not, this Felix has come down to us variously as Marcus Antonius (Roman writers) and as Claudius (Josephus).

He, Pontius Pilate in the Gospels, is Felix in the Book of Acts.

This use of different names for the same person in different books of the Bible – or, in the same book, but recounted by different authors (or different sources), is not uncommon.

Thus we have found that the story of the abduction by “Pharaoh” of Abram’s wife, Sarai, in Ishmael’s toledôt, becomes almost like a different story at the hands (or toledôt) of Isaac, in which “Pharaoh” is newly named, “Abimelech”:

Now Lena Einhorn has well shown, in “Jesus and the Egyptian Prophet”, that the Procurator Felix of Acts fits the biblical Pontius Pilate, though without her identifying Felix as Pilate: http://lenaeinhorn.se/wp-content/uploads/2012/11/Jesus-and-the-Egyptian-Prophet-12.11.25.pdf

Changing the names of authority figures in the gospel texts, in order to detect (or disguise) parallels in the historical sources, would at the same time be a simple and a radical intervention. It would with one stroke of the pen move the narrative to a different era, but it would also likely bestow upon these authority figures characteristics and circumstances which are not in reality theirs. When comparing the gospel descriptions of various dignitaries with those from Josephus, not only does such a pattern indeed seem to emerge; in addition, there is some consistency with regard to which dignitaries would change names, and when they are active. Procurator Felix (52-ca. 59 C.E.), as he is depicted in Josephus’ texts, in several ways appears to bear stronger similarities to the Pilate described in the Gospels, than Pilate himself.

As noted above, in Josephus’ accounts of Pilate’s reign we find no descriptions of robbers, nor of crucifixions of Jews, or co-reigning high priests, or open conflict between Galileans and Samaritans. Under Felix, and under Cumanus, we do.

There are other examples. Luke 13:1 reads: “At that very time there were some present who told him about the Galileans whose blood Pilate had mingled with their sacrifices.” This statement fits poorly with Pilate. To begin with, Pilate was not the ruler of Galilee, Herod Antipas was. Secondly, the only registered violent encounter between Pilate and the Jews occurred in Jerusalem – thus in Judea – when non-violent protests against the aqueduct prompted Pilate to instruct his soldiers “with their staves to beat those that made the clamour” (B.J. 2.175-177).

This stands in stark contrast to what occurred under Felix, in particular. Felix, unlike Pilate, was the ruler not only of Judea, but also of “Samaria, Galilee, and Peraea” (B.J. 2.247; the western part of Galilee after 54 C.E.). At this point, “the country was again filled with robbers and impostors”, a disproportionate amount of whom were Galileans,30 and Felix was exceptionally cruel in dealing with these insurgents. As Josephus writes: “But as to the number of the robbers whom he caused to be crucified, and of those who were caught among them, and whom he brought to punishment, they were a multitude not to be enumerated” (B.J. 2.253).

Tacitus, in turn, puts much of the blame for the emerging rebellion on Felix and Cumanus (Ann. 12.54).

There are other, more personal, examples: the Gospels attribute great influence to Pilate’s wife (Matt. 27:19: “While he was sitting on the judgement seat, his wife sent word to him, ‘Have nothing to do with that innocent man …’”). The Gospels also mention a feud between Pilate and the Jewish king (Luke 23:12: “That same day Herod and Pilate became friends with each other; before this they had been enemies.”)

In contrast, Josephus does not mention Pilate’s wife, and, more significantly, fails to mention any animosity between Pilate and Herod Antipas (Philo does mention one possible occasion of disagreement – when “the four sons of the king” [Herod] are asked by the people to implore Pilate to remove the guilt shields, or ensigns, from Jerusalem).31

Josephus does, however, describe a significant – and very personal – disagreement between Felix and Herod Agrippa II. The conflict concerns the procurator’s wife. Felix had fallen in love with Agrippa’s sister, princess Drusilla (A.J. 20.141-144). But Drusilla was not only married; Agrippa had forced her first husband, king Azizus, to convert to Judaism. Now Felix “endeavored to persuade her to forsake her present husband, and marry him”, which Drusilla did, thus “transgressing the laws of her forefathers” (A.J. 20.137-144; cf. Acts 24:24).

Hence, a prominent wife, and a personal disagreement with a Jewish ruler, are aspects of Felix’ life; not, as far as is known, of Pilate’s.

In conclusion, there are in the Gospels a number of characteristics and events ascribed to Pilate or his times which, judging by Josephus, fit better with later procurators, principally Felix, procurator in the 50s (Table 1).

‘Are you not the Egyptian, then, who recently stirred up a revolt and led

the four thousand men of the Assassins out into the wilderness?’

My conclusion has been in this series that the reason why Procurator Felix so resembles the biblical Procurator Pontius Pilate is because he was the same person as Pilate.

The governor called “Pontius Pilate” in the Gospels is referred to instead, in Acts, simply as “Felix”.

This, I would suspect, was the Procurator’s nickname.

Admittedly, Peter and John do mention him by the name of Pontius Pilate in Acts 4:27, but this is I would take to be a direct quote from the Apostles: ‘Indeed Herod and Pontius Pilate met together with the Gentiles and the people of Israel in this city to conspire against your holy servant Jesus, whom you anointed’.

My identifying Pontius Pilate with Felix (conventionally separated by some two decades) would, so I believe, account for why Lena Einhorn has arrived at her ‘time shift’ of two decades theory:

The length of governorship of Pontius Pilate would now, according to my own view, be much expanded due to the inclusion of Felix (and vice versa). That is why Paul is able to say to Felix (Acts 24:10): ‘I cheerfully make my defence, knowing that for many years you have been a judge over this nation’.

The Greek phrase for the words in italics (for many years) is:

Much of Josephus’s description of “the Egyptian”, for example the Mount of Olives aspect, does not appear at all in the brief biblical account, the location there being “the wilderness”.

Moreover, the chronology – the “recently” or “before these days” (πρὸ τούτων τῶν ἡμερῶν) – would be closer to the latter part of Paul’s life rather than to the time of the ministry of Jesus.

Josephus, writing after these events, had apparently confused the incident of the arrest of Jesus, well known as a Jew (Matthew 27:37; Mark 15:9; Luke 23:38; John 19:3), with the later revolt of the obscure “Egyptian” insurrectionist.