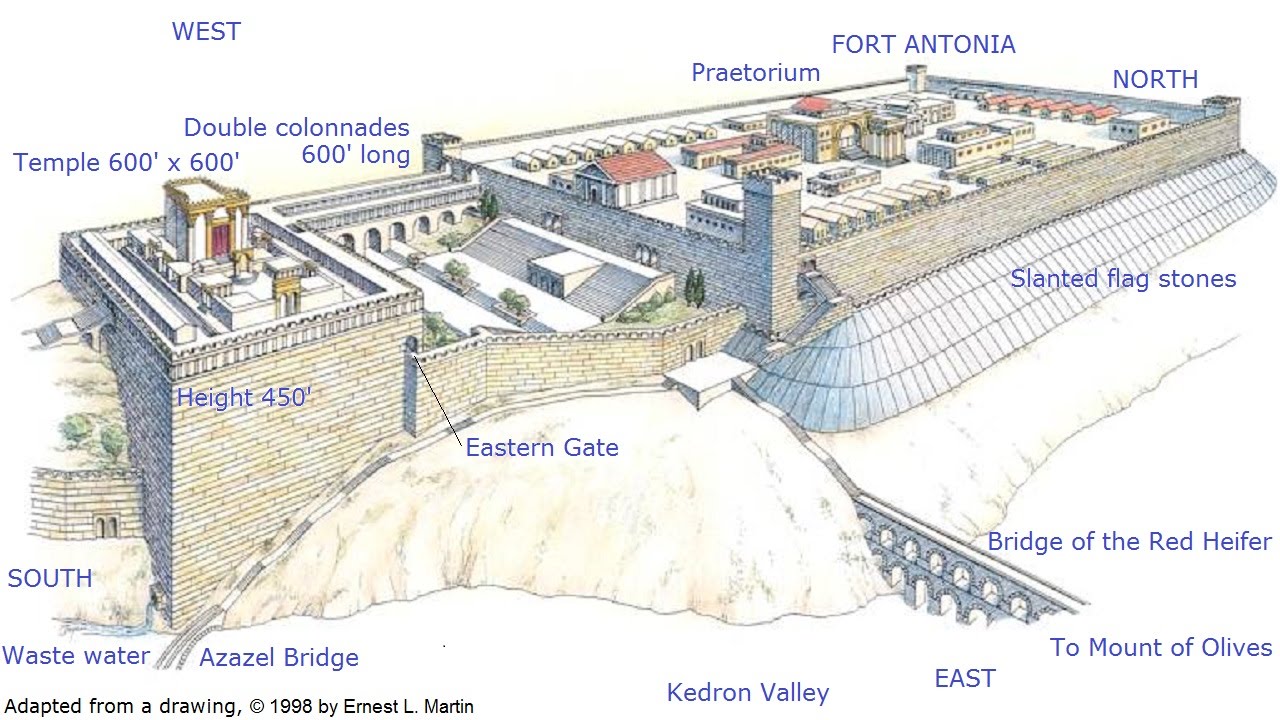 “Shouldn’t Christians be concerned that there are over 10,000 Herodian stones in the alleged temple mount, when Christ prophesied that of the temple “buildings” which could be seen from the Mount of Olives, not one stone would be standing upon another?”

This book really needed to be written.

I (Damien Mackey) am referring to Marilyn Sams’ The Jerusalem Temple Mount Myth (2018). 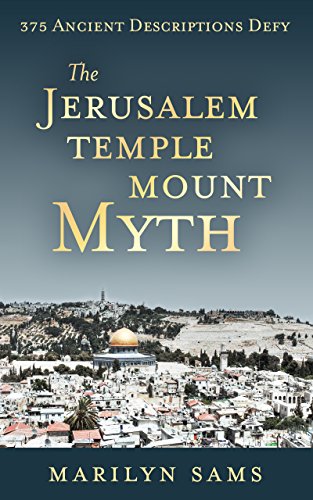 As is apparent from the following brief Amazon statement, The Jerusalem Temple Mount Myth follows on from the research of Dr. Ernest L. Martin on the very same subject:

This volume adds new sources and insights to the work of Ernest L. Martin and contains over 375 descriptions of Jerusalem’s southeastern hill (Mount Zion), the temple mount in the City of David, and the tower of Antonia (today called the “temple mount”).

Solomon erected the temple in the City of David before breaking down its northern wall to install Pharoah’s daughter in her palace (3 Kings 2: 35, Septuagint version). Josephus described the hill of the temple as descending by degrees toward the east parts of the city, but there has never been a city on the east side of the alleged temple mount. A host of other descriptions (with references) place the temple’s east wall in the Kidron valley, in the middle of the city, and over the Gihon Spring, whereas the alleged temple mount is north of the city, its east wall is at the top of the hill, and there is no accessible spring within its precincts. It does not match Josephus’s descriptions of the temple’s dimensions, walls, gates, height, position, or finished state. Its remarkable square rock (under the Dome), is never mentioned with reference to the temple, but is for the Roman Camp, which the Byzantine Christians identified as the “Praetorium” and the site of the Church of St. Sophia (which Caliph al-Malik destroyed to build the Dome of the Rock). Indeed, Eutychius stated the Christians had never built on the temple ruins site and Rabbi David Kimchi said the same for the “nations.” At Masada, eye-witness Eleazar described the Roman camp as the only monument remaining after the 70 A.D. destruction. Today, the alleged temple mount is the only surviving monument from the destruction and is the Roman camp. Archaeological findings relating to the issues are dispersed throughout, but two specific chapters on the alleged temple mount’s archaeology and the archaeology of the City of David are included. A list of the most relevant descriptions is given at the end. A review of the book by Margaret Barker, UK scholar and author of 29 books states: “Marilyn Sams brings together a vast array of ancient evidence to argue that the Jerusalem Temple was not on the Temple Mount.”

Here now follows a 64-point synopsis of this brilliant book:

The Jerusalem Temple Mount Myth answers the following questions, based on the true identity of the alleged temple mount as the Roman Camp, Fort Antonia, and the actual temple mount having formerly stood in the middle of the southeastern hill in the City of David: