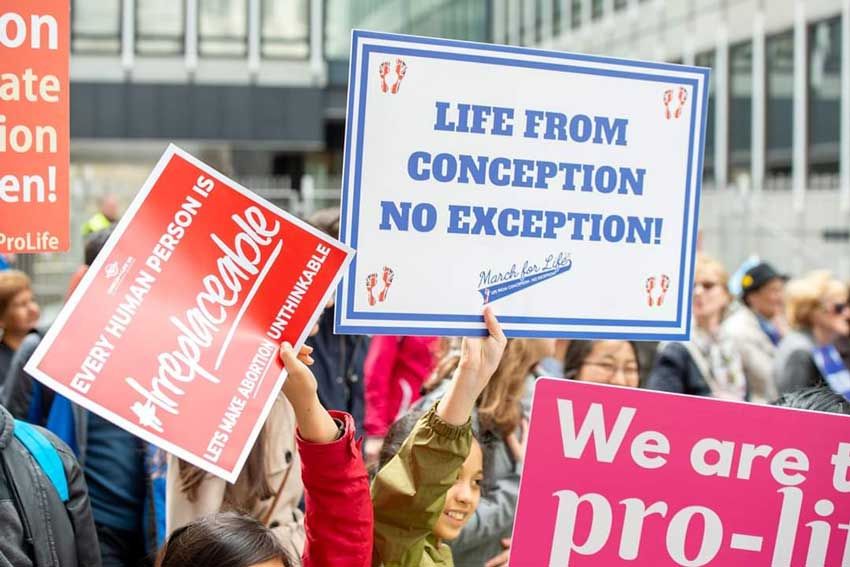 Christian leaders and human rights advocates have slammed as “deeply troubling” and “barbaric” a bill radically decriminalising abortion in NSW which will be introduced to parliament this week.
Coalition MPs will be given a conscience vote on the bill while NSW Premier Glady Berejiklian said she will support it. If passed, the bill announced on 28 July by Independent MP for Sydney, Alex Greenwich, would be among the world’s most extreme.
It would allow for abortion on request for women up to 22 weeks gestation. After 22 weeks, the opinions of two doctors are required that the abortion should be performed, upon consideration of “all medical circumstances” and “current and future” physical, psychological and social circumstances.
There is no requirement for a cooling-off period or counselling, and health practitioners with a conscientious objection would need to refer the person or transfer their care to someone who will perform the termination. The bill was developed by a working group including the Nationals’ Trevor Khan and Labor’s Penny Sharpe and Jo Haylen, with the support of the state’s health minister Brad Hazzard.
“New attempts to make abortion even more widely available in NSW are deeply troubling,” said Archbishop Anthony Fisher OP.
“The measure of a society is how it protects its most vulnerable, be they unborn children, their mothers who are too often pressured emotionally, financially and even physically to choose against the life of their child, or the sick and frail elderly.”
Rather than pursuing laws that will lead to more abortions, there should be investment in ways to support pregnant women who feel they have no other choice, he said.
Archbishop Fisher urged all Catholics to rally against the proposed law, “and, at the same time, recommit ourselves to reaching out with prayer and practical support for women in crisis”.
He encouraged Catholics to contact their local state MP, given the bill is to be tabled this week, urging them to vote against it.
CEO of NSW Right to Life Dr Rachel Carling said that in Victoria where similar legislation has been in place for about a decade, the ‘safeguard’ of two medical opinions was easily circumvented.
“Sometimes the required sign-off is from two doctors in the same abortion clinic,” she said.
It was concerning that the bill has no mention of a woman’s consent, she added, as women facing an unplanned pregnancy are often vulnerable to coercion from others, from subtle to extreme forms, to abort their child.

“Make no mistake, this is an abortion-to-birth bill and in practice this legislation will be abortion on demand.”

“We don’t believe in criminalising women but this legislation will add to a culture of devaluing motherhood and increases the risk of women being taking advantage of when they are at their most vulnerable,” Dr Carling said.
The NSW branch of the Australian Medical Association has given its support to the bill, saying it believes the proposed law will ensure access to appropriate care.
NSW director of the Australian Christian Lobby Kieran Jackson said that it was unfortunate that safeguards and support options for women such as cooling off periods and counselling are not being considered in the bill.
In allowing abortion up until birth the bill is both “barbaric and extreme” he said in a statement.
“There are significant numbers of doctors and nurses across the state who want nothing to do with abortion because they know what is involved,” he said in a statement.

The Australian bishops’ spokesperson for life Bishop Richard Umbers said that there is no issue more important in our society today than the sanctity of every human life.
He encouraged Sydneysiders to attend a rally for life outside Parliament House on Thursday 1 August from 9.30am.
“This is a critical moment for our country and I encourage every man and woman to take this opportunity to attend the rally at Parliament House in Sydney this Thursday,” he said.
“These politicians are claiming to advocate for modernising the law, but this proposed legislation is out of step with the science that supports the humanity of the unborn.”
ACL’s spokesperson for women and children, Wendy Francis, said that women experiencing an unexpected or unwanted pregnancy should be treated with “great respect and sensitivity”.
“[They should be] given true choices that promote the best interests of mother and child,” she said.

“Choosing abortion in the absence of other support is not a free choice.”

Steven Buhagiar: Three things we can do to fight the NSW abortion bill right now