“STEALING FROM A CHILD: The Injustice of ‘Marriage Equality’” 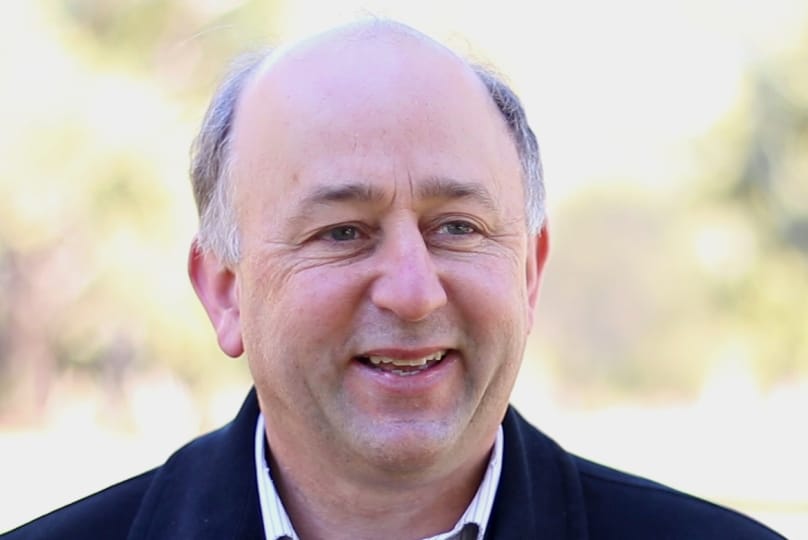 The great German historian of the 19th century, Leopold von Ranke (1795–1886), believed the historian had a duty to describe the past “as it was” and how it “really happened” rather than from a party or doctrinal viewpoint.
Toowoomba doctor David van Gend is not an historian, but his book “Stealing from a Child” is an attempt to warn society about the social disruption inherent in the redefinition of marriage.
Like von Ranke he takes a wholeof-state view, not one that pedals an ideological or party partisan view, and he critically analyses the impacts on society that the introduction of same-sex marriage will have that the “wishers and
hopers” ignore.
Dr van Gend correctly identifies the importance of marriage for the state as that it is the foundation stone of society. It has nothing to do with “love”. The state has no interest in the love life of individuals, of whatever inclination.
In a speech full of clarity, at a wellattended meeting at the University of Western Australia in Perth on 7 October,
Dr van Gend gave cogent reasons why the population, if ever called to vote in a plebiscite, should have no truck with
redefining marriage.
He uses examples from many people who grew to maturity in the homes of gay unions. The common denominator
is the regret those children express at not having had either a father or mother. The loss of a parent is always distressing for a child, but it can be even more so if the state downgrades the importance of the parent for whom the child yearns. As Dr van Gend says, the redefinition of marriage does not concern only individuals; it also fundamentally alters the family structure by denying children a great part of their birthright – either a mother or a father.
The fruits of the ideologues are already being sighted on the withered vine of political correctness with students, journalists, and cartoonists under attack due to section 18C of the Racial Discrimination Act, simply for expressing opinions against group identity, the new orthodoxy of state-sanctioned zealots.
Dr van Gend’s book is replete with examples giving the lie to Senator Penny Wong’s “disingenuous words to the
National Press Club, in Canberra, in July 2015 that nothing will really change with same-sex marriage”
In the United States, bakers, florists and photographers have already been slapped with draconian financial penalties imposed on them by the new star chambers. Yet in the full blaze of a “change” in society of the very type that Senator Wong promised would not be brought about by the legalisation of same-sex marriage, a lazy media did not see fit to pick her up on her blatant untruth.
The author cites the case of Catholic Archbishop of Hobart Julian Porteous. Gay lobbyist Rodney Croome took offence at a “gracious, beautifully written booklet” that conveyed traditional Catholic teaching. Croome called on his “foot soldiers” to lodge a protest to the Anti-Discrimination Commission and a transgender Greens candidate duly
complied.
Why a Christian leader, faithfully and respectfully applying the teaching of his church, should be subjected to this treatment makes one wonder what level of intimidation will be incurred if same-sex marriage is enshrined in law.
Croome asserted that the booklet said homosexuals are “a grave threat to others”. This is “simply false” (p201), as
Dr van Gend states.
On education, the author states emphatically that “gay marriage will mean gay sex education and parents will
have no say”, unlike at present.
On the misleading Safe Schools program, which is not an anti-bullying program at all, but is rather a brazen
attempt to radicalise every child’s mind, van Gend is scathing, as is former PM John Howard, who believes it should be consigned to the dustbin.
The doctor makes it clear that asking 11-year-olds to imagine that they are 16-year-olds and going out with a person of the same sex that you are “really into”, is inappropriate education. So too is directing them to a site advertising sadomasochistic workshops; to areas that are clearly LGBT pornographic sites; to advise them how to hide their viewing of such sites from parents; whose associated sites encourage chest binding and penis tucking to disguise unwanted sexual characteristics; and that frown on the terms “boys” and “girls”, instead teaching that gender is fluid and to be explored along a rainbow spectrum.
All this is part of the Marxist dream that Italian communist Antonio Gramsci (1891–1937) yearned for – to smash the traditional family unit. The only criticism I have of this book is that it needs an index; but there is no doubt it is a timely book, written by a courageous man of medicine, who has given a factual account of the problems in redefining marriage to accommodate a minority of social activists.