Gemma Tognini: Law needs to recognise that a dead child is not ‘just a foetus’ 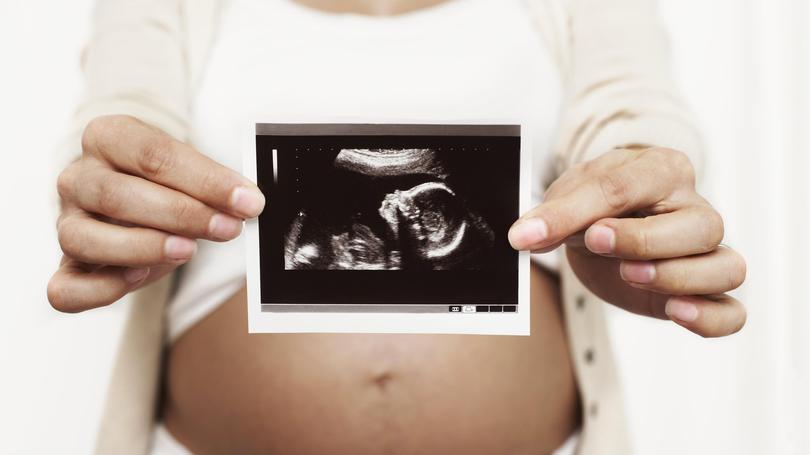 French philosopher Voltaire said we should judge a person by their questions rather than their answers.

I’ve got a question, two actually, and I’m happy to be judged on their merits because I think the issue is important.
Who gets to decide when an unborn baby matters? Furthermore, who gets to say what worth is placed on the life of an unborn child when that life is ended either intentionally or recklessly by a criminal act?
This question had never crossed my mind until a couple of weeks ago, when a 23-year-old Sydney woman named Katherine Hoang was killed when an unlicensed driver ploughed into the car in which she was a passenger. In case you missed the story, Katherine was pregnant with twin boys, and she was about a week away from giving birth.
Because they were not born, their lives aren’t acknowledged as more than a biological extension of their mother. The law in NSW does not look at what happened to Katherine and see three lives lost.
No, the law in NSW — and in WA — sees the death of an unborn child as one of the mother’s injuries. The law says a baby must show independent life outside a mother’s body to be deemed a living person, and therefore a victim of crime.
The law, as they say, is an ass.
Who got to decide this, and when? Why is there such resistance to reforming this part of the Criminal Code?
Those unborn twin boys were mourned in their own right. Relatives told media “these babies were already part of the family”. They were mourned to some degree by each one of us who read the story and wept a little on the inside.
Like most of us, I know couples who’ve gone through the trauma of late-term miscarriage or stillbirth. Maybe you’re one of them.
You can’t tell me the babies you lost were nothing more than a bunch of cells attached to a life source. They were your children.
Disagree? OK, let’s have some real talk, some adult talk if you’re up for it.
How many of you have ever been invited to a foetus shower? Didn’t think so. We hold baby showers to celebrate the pending arrival of a unique life, brimming with promise. An expecting couple doesn’t get asked, what sex is your foetus or, have you chosen a name for your foetus? I could go on, but best I don’t.

Try telling parents who’ve lost a baby, or a woman who has delivered a stillborn child, that that baby is ‘just a foetus’ and doesn’t deserve to be recognised.

We call them babies when they’re born and foetus when we try to justify everything else. The language we use sanitises truth for the sake of our comfort, softens the blow when the blow is worthy of being felt.
A spokesman for Attorney-General John Quigley said the State Government had no plans to review WA’s legislation.
I want to know why not.
In NSW, the reform agenda is known as Zoe’s law. In 2009, Zoe Donegan was stillborn at 32 weeks after her mother’s car was hit by a mini-van. Behind the wheel, a drug-addled driver. You should google the story. It will break your heart. Zoe’s law seeks to amend NSW law to make it a crime to harm or destroy a child in utero. The Bill is yet to be passed and remains in limbo.
A lot of the pushback on this kind of legislative change has come from pro-choice campaigners who fret that adjusting the law could affect legislation around late-term abortion.
To me, the two issues are separate.
To conflate them is at best mischievous, at worst a terrible insult to the women who chose to keep their babies, but were robbed of their choice and their children by a crime.
What we’re talking about here is an appropriate penalty for criminal acts, and about recognising that life is precious, at every stage. If the law is drafted correctly, not reactively or in haste, there’s no need for concern.
Murdoch University lecturer Lorraine Finlay is a former State prosecutor, a former associate to Justice Dyson Heydon in the High Court (among many other things) and has written extensively on the topic.
She says while the concerns of pro-choice campaigners are important, the issues are not automatically interlinked. She wrote recently that the law can be drafted so that it has no broader implication for either abortion or the legal rights of pregnant women.
As a society, we acknowledge that life, at every stage, matters.
If it didn’t, we wouldn’t have such stringent, well-debated and carefully drafted abortion laws in Australia.
The taking of life, either medically or via a reckless or intentional criminal act, is a monumental thing and as a society we recognise that.
We don’t need to have further conversations around existing abortion laws. It’s about looking at current holes in the Criminal Code and plugging them. It’s about recognising that most of the difficult and complex social issues we face are worth the subsequent awkward and uncomfortable conversations.
Try telling parents who’ve lost a baby, or a woman who has delivered a stillborn child, that that baby is “just a foetus” and doesn’t deserve to be recognised. You just wouldn’t.
I mean, at the very least, stop and ask yourself, how would I feel if it were me, would current laws be enough?
This conversation is about as fun as walking barefoot through a paddock full of doublegees.
But here’s the thing — two ideas can and should be able to coexist in tension. This is no different — probably more emotive, but at the heart of it, no different.
Zoe’s life counted. The lives of Katherine Hoang’s unborn twin sons, counted. The law needs to reflect that.
Gemma Tognini is managing director of GT Media
https://thewest.com.au/opinion/gemma-tognini/law-is-wrong-when-unborn-lives-are-lost-ng-b88999761z