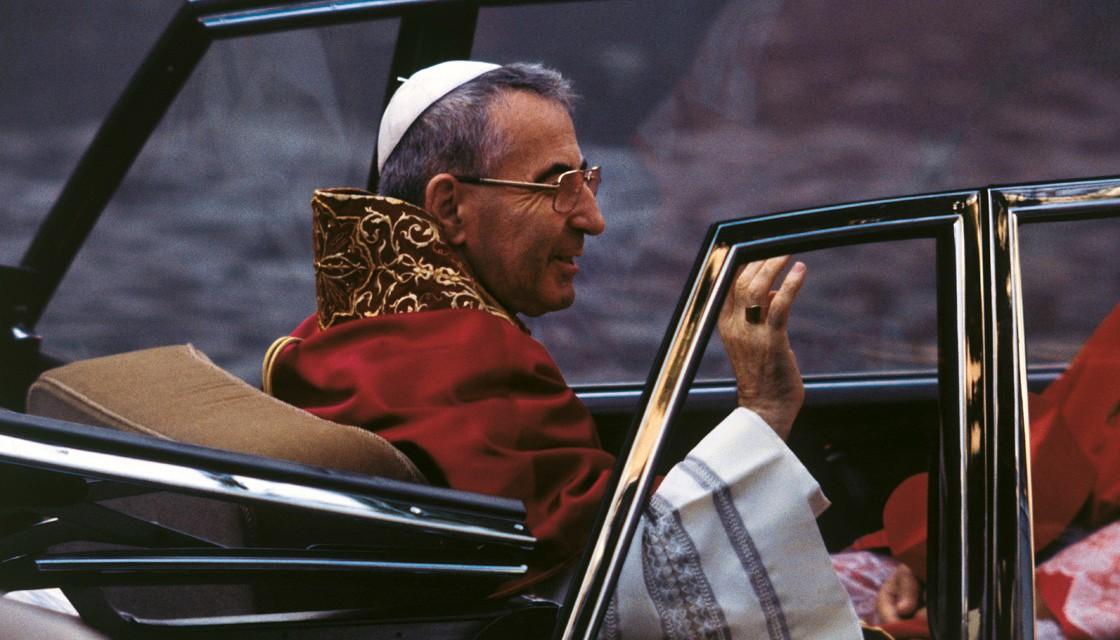 A mobster from the Colombo mafia family claims he helped poison Pope John Paul I with cyanide 33 days into his reign to stop the pontiff from exposing a billion dollar stock fraud scam.
The startling revelation comes from 69-year-old Anthony Raimondi’s new novel ‘When the Bullet Hits the Bone.’
…. John Paul I threatened to expose a billion dollar stock fraud scam involving cardinals at the Vatican bank and mobsters Raimondi was a loyal member of the Colombo family – one of the notorious five Italian mafia families in New York City.
The Colombo family dealt in a host of criminal enterprises, including racketeering, contract killing, arms trafficking and loansharking.
The scene begins in 1978 when Raimondi, the nephew of infamous godfather Charles ‘Lucky’ Luciano, was recruited by his cousin Paul Marcinkus, who ran the Vatican bank in Vatican City.
The Vatican bank, formally known as The Institute for Works of Religion, is one of the most secretive financial establishments in the world.
The New York Post reports that Raimondi’s job was to learn the Pope’s daily habits and be there when Marcinkus spiked John Paul’s nightly cup of tea with Valium.

© Provided by Associated Newspapers Limited Cardinal Paul Marcinkus (pictured) was involved in the Vatican bank and allegedly drugged the pope with Valium before killing John Paul Raimondi notes that the Valium worked so well that the Pope wouldn’t have woken up ‘even if there had been an earthquake.’
He said: ‘I stood in the hallway outside the Pope’s quarters when the tea was served.’
‘I’d done a lot of things in my time, but I didn’t want to be there in the room when they killed the Pope. I knew that would buy me a one-way ticket to hell.’
Meanwhile, Marcinkus prepared a dose of cyanide for the Pope.
‘He measured it in the dropper, put the dropper in the Pope’s mouth and squeezed. When it was done, he closed the door behind him and walked away,’ Raimondi said.
Shortly after, a papal assistant reportedly checked on the Pope and screamed that ‘the Pope was dying!’
At which point, Marcinkus and two other cardinals rushed into the bedroom and pretended to be horrified by what they saw.

© Provided by Associated Newspapers Limited Anthony Raimondi (pictured) revealed he helped kill John Paul I in Vatican City in 1978 Raimondi was asked by Marcinkus and others involved to testify before God that the Pope hadn’t suffered.
‘They said when we die I would be their witness,’ he said.
A Vatican doctor would rule that John Paul suffered a heart attack, none the wiser to any alleged foul play.
The elaborate hit came to be because John Paul I allegedly threatened to expose an international fraud scam run by Vatican insiders.


The fraud included a forgery expert at the Vatican who lied about the church’s actual holdings in American companies like IBM, Sunoco and Coca-Cola.
Then, mobsters would allegedly sell phony stock certificates to innocent buyers.
If John Paul revealed the scheme, ‘half the cardinals and bishops in the Vatican’ would be out of the job.
‘They would have been thrown out and subject to the laws of the US and Italy,’ Raimondi said to the Post.
‘They would have gone to jail.’
Raimondi said if the Pope had kept his mouth shut, ‘he could have had a nice long reign.’
Next on the list was John Paul II, who seemed set on exposing the inside job as well.
Raimondi, a made man, was called back to the Vatican and told to prepare for a second murder at the behest of the fraudsters.
He reportedly told them: ‘No way. What are you going to do? Just keep killing popes?’
Knowing he risked being killed by the mobsters, John Paul II allegedly chose to keep quiet about the illegal dealings.
John Paul II would go on to serve the second longest reign in modern history before he died at age 84 in 2005.
This apparently prompted days of drunken partying for the mobsters and corrupt cardinals in Vatican City.

© Provided by Associated Newspapers Limited Pictured: Cardinals and the faithful mourn the death of John Paul I at his funeral (pictured) in 1978


Raimondi said: ‘We stayed and partied for a week with cardinals wearing civilian clothes, and lots of girls.’
‘If I had to live the rest of my life in Vatican City, it would have been OK with me. It was some setup. My cousins all drove Cadillacs. I am in the wrong business, I thought. I should have become a cardinal.’
Raimondi dismisses those who question his story or say it closely resembles ‘The Godfather III.’
‘It was a terrible movie. To tell you the truth I don’t really remember it,’ Raimondi told The Post.
‘What I said in the book I stand by till the day I die. If they take [the pope’s body] and do any type of testing, they will still find traces of the poison in his system.’
Raimondi, nicknamed ‘Pluto’, has left the mob life behind him and is now battling cancer. ….