Significance of sandals in Book of Ruth and Gospels 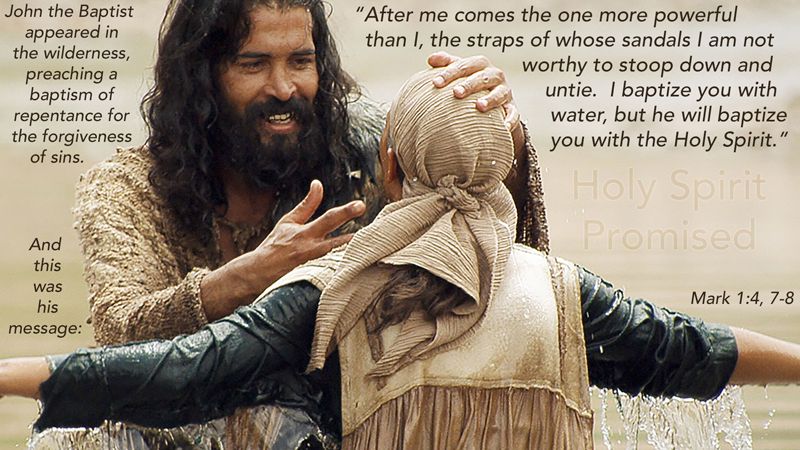 The meaning of it is wonderfully explained in the context of the Levirate Law in the article, “Whose Sandal Strap I am Not Worthy to Untie”, to be found at:

The book by the prominent Spanish scripture scholar Luis Alonso-Schokel called I Nomi Dell’Amore (The Names of Love) provides a fascinating and spiritually rich look at marriage symbols in the bible. I’d like to offer a brief summary of some of the insights of the chapter from that book entitled “The Levirate.”

Schokel begins by noticing 5 similar texts from the New Testament all dealing with St. John the Baptist:

Matthew 3:11 he who is coming after me is mightier than I, whose sandals I am not worthy to carry

Mark 1:7 After me comes he who is mightier than I, the thong of whose sandals I am not worthy to stoop down and untie

Luke 3:16 he who is mightier than I is coming, the thong of whose sandals I am not worthy to untie; he will baptize you with the Holy Spirit and with fire.

John 1:27 even he who comes after me, the thong of whose sandal I am not worthy to untie.

Acts 13:25 after me one is coming, the sandals of whose feet I am not worthy to untie.

Now any text repeated in all of the gospels (and the book of Acts too) must have a grand significance. Most people will see it as illustrating the humility of the Baptist, unworthy to untie the sandals of the Lord, but several internal hints point to a deeper, more profound answer.

1) In John 1:30 the Baptist speaks of Christ as, “This is he of whom I said, `After me comes a man who ranks before me, for he was before me.'” The word translated as “man” here is not the Greek word “anthropos” usually translated as man, instead it is “aner” a word, as Schokel points out, having more of a “sexual” (in the sense of gender) or relational meaning. It isn’t man, but “male” (maschio in Italian); a male in relation to a female. The passage would better be translated in English, “After me comes a male who ranks before me.” [John the Baptist is the “anthropos” – see John 1:6, 3:27]. Schokel also points out the references in John 1-3 to Isaiah 40-66, esp. chapter 54:1-10, where Yahweh is referred to as the Bridegroom/husband and in the LXX, the “aner”)

2) At least in the synoptics the word “unworthy” or “unfit” has a juridical sense. That word is “ikanos” while John uses “axios.” So it seems to be more of unfitness according to some type of Judaic law, and with the use of “aner” possibly a marital law.

3) Looking a few chapters down, we come to the last words of John recorded in the gospel. In responding to questions as to who this Jesus is, he responds, “You yourselves bear me witness, that I said, I am not the Christ, but I have been sent before him. He who has the bride is the bridegroom; the friend of the bridegroom, who stands and hears him, rejoices greatly at the bridegroom’s voice; therefore this joy of mine is now full” (John 3:28-29). John here is challenging Israel’s Messianic expectations – they expect their Christ to come as a political leader, or a warrior, or even a prophet like John the Baptist, but John says this is incorrect. He says that the messiah will come as the Bridegroom of his bride Israel; ultimately that Israel has the wrong expectations.

So keeping all of this in mind: the repeated reference to untying of sandals, the “maleness” of Christ, the juridical context, and the spousal-messianism John uses to describe the Christ, Schokel (along with the Fathers) exegetes this text in light of the Levirate Law in the Old Testament.

The Levirate Law (derived from Latin levir, meaning “a husband’s brother”) is the name of an ancient custom ordained by Moses, by which, when an Israelite died without issue, his surviving brother was required to marry the widow, so as to continue his brother’s family through the son that might be born of that marriage (Gen 38:8; De 25:5-10 ) comp. (Ruth 3:1 4:10) Its object was “to raise up seed to the departed brother.”

But if the surviving brother refused (for whatever reason) to marry the widow, a rite called “Halizah” would occur. Deut 25:5-10 describes the Levirate and Halizah:

“If brothers dwell together, and one of them dies and has no offspring, the wife of the dead shall not be married outside the family to a stranger; her husband’s brother shall go in to her, and take her as his wife, and perform the duty of a husband’s brother to her.

And the first son whom she bears shall succeed to the name of his brother who is dead, that his name may not be blotted out of Israel. And if the man does not wish to take his brother’s wife, then his brother’s wife shall go up to the gate to the elders, and say, `My husband’s brother refuses to perpetuate his brother’s name in Israel; he will not perform the duty of a husband’s brother to me.’ Then the elders of his city shall call him, and speak to him: and if he persists, saying, `I do not wish to take her,’ then his brother’s wife shall go up to him in the presence of the elders, and pull his sandal off his foot, and spit in his face; and she shall answer and say, `So shall it be done to the man who does not build up his brother’s house.’ And the name of his house shall be called in Israel, The house of him that had his sandal pulled off” (Deuteronomy 25:5-10).

“Even though he came first” – John admits to this, being the precursor of the Messiah-Bridegroom, but he is not the one that will marry the bride (as he is not the Messiah, as some of the Jews had thought). To understand this better (and the entire Levirate process) one must look to the book of Ruth. In it, the widow Ruth is set to marry her “next of kin” via the levirate law, but Boaz arrived first to claim Ruth. It does not matter though, the next of kin has first choice. But he decides to pass up the marriage to Ruth, and gives her to Boaz. And in doing so he “drew off his sandal” (Ruth 4:8). Even though John came first, Jesus is the one with the right to the woman, and he opts for the marriage – and thus does not remove his sandal. John will not be given the chance to take his place.

This interpretation of these passages are not new, as Schokel points out. Several of the Fathers, including Jerome, Cyprian, and Gregory all see the Levirate law being referred to in the passages about John the Baptist. As Jerome writes, “being as that Christ is the Bridegroom, John the Baptist is not merited to untie the laces of the bridegroom’s sandal, in order that, according to the law of Moses (as seen with Ruth) his house will not be called “the house of the un-sandaled,” [a reference to the refusal to carry on the name of the deceased brother].

So, if John is not the messiah-bridegroom, and is unfit to untie the bridegroom’s sandals, as the “friend of the groom” – what is his duty, esp. in the Levirate context? The root of his mission “to prepare the way of the Lord” can be found in Ruth 3:3 when the elders tell Ruth before her wedding to “Wash therefore and anoint yourself, and put on your best clothes.” John’s baptism of repentance is done to prepare the bride for the wedding.

Liturgically, he cleans her from her impurities (see also Ezekiel 16) preparing the bride “that he might sanctify her, having cleansed her by the washing of water with the word” (Ephesians 5:26). To prepare Israel the Bride for her nuptial with Christ her bridegroom is the heart of the Baptist’s mission.

Now with all symbolism and typologies, it is hard to “stretch” the analogy too far. But in order to get the full meaning of Christ’s fulfillment of the Old Testament, one has to twist symbols around a bit. In order to do understand one other crucial aspect of the Levirate, that of the “deceased” brother, we must be a bit creative, and look at it from a different perspective. Christ marries his bride, consummates his union with her, on the cross (see Eph 5) – but this leads to his death. So he could be seen as the “dead husband.” So who will be the “brother” who takes his place in marrying his bride? For the answer we must again turn to the gospel of John.

Jesus had no other brothers, so he gave his mother to John – and thus in becoming her son, John (and all apostles and Christians likewise) became Jesus’ brother. But we cannot forget that on a different level (see Rev 12) Mary is the “icon of the church,” the bride – so John as he becomes Jesus’ brother, is given to the Church as her bridegroom. Here we have what Schokel says might be seen as the “root of apostolic succession.” The Church is passed on from brother/apostle to brother/apostle – yet the bride still keeps the name of her first husband, as Paul writes, “Is Christ divided? Was Paul crucified for you? Or were you baptized in the name of Paul?” (1 Corinthians 1:13). The name of the husband is carried on by the generation of new sons, thus the brother through his preaching of the word, causes the bride to become fruitful. Look to St. Paul (a Jew well versed in the Law) again, “For though you have countless guides in Christ, you do not have many fathers.

For I became your father in Christ Jesus through the gospel” (1 Corinthians 4:15). The bishops/apostles have their charge to carry on the name of Christ by preaching the gospel and celebrating the sacraments – and in doing so the church/bride becomes church/mother and the Levirate law is thus fulfilled in Jesus Christ.