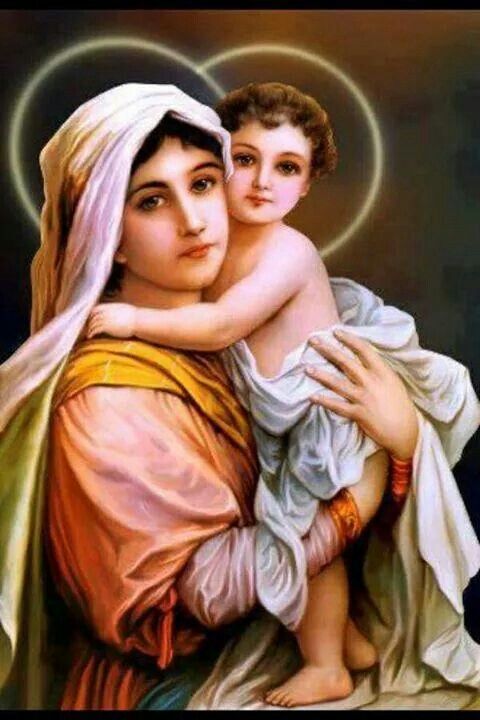 “She never wanted for herself something that was of her son,” Pope Francis said Thursday. “She never introduced herself as co-redemptrix. No. Disciple,” he said, meaning that Mary saw herself as a disciple of Jesus.

ROME – Pope Francis appeared to flatly reject proposals in some theological circles to add “co-redemptrix” to the list of titles of the Virgin Mary, saying the mother of Jesus never took anything that belonged to her son, and calling the invention of new titles and dogmas “foolishness.”
“She never wanted for herself something that was of her son,” Francis said. “She never introduced herself as co-redemptrix. No. Disciple,” he said, meaning that Mary saw herself as a disciple of Jesus.
Mary, the pope insisted, “never stole for herself anything that was of her son,” instead “serving him. Because she is mother. She gives life.”
“When they come to us with the story of declaring her this or making that dogma, let’s not get lost in foolishness [in Spanish, tonteras],” he said.

Francis’s words, delivered in Spanish, came while celebrating a Thursday evening Mass in Rome for the Feast of Our Lady of Guadalupe.
The title of Mary as “co-redemptrix” dates to the Middle Ages, and the idea of declaring it as a church dogma was discussed, though not adopted, at the Second Vatican Council. In the 1990s American Catholic theologian Mark Miravalle launched a petition asking the pope to make such a declaration, and today the “co-redemptrix” devotion tends to be strongest among more conservative Catholics.

What Francis said Thursday is in line with Cardinal Joseph Ratzinger, the Vatican’s doctrinal chief during most of St. John Paul II’ papacy, and now Pope emeritus Benedict XVI.

Speaking with Peter Seewald for the book-length interview published as God and the World: A Conversation, the then cardinal said: “The formula ‘co-redemptrix’ departs to too great an extent from the language of Scripture and of the Fathers, and therefore gives rise to misunderstandings.”
“Everything comes from Him [Christ], as the Letter to the Ephesians and the Letter to the Colossians, in particular, tell us; Mary, too, is everything she is through Him,” Ratzinger said. “The word ‘co-redemptrix’ would obscure this origin. A correct intention being expressed in the wrong way.”
In his other remarks, Francis said the celebration held in St. Peter’s basilica, the passage of the Gospel read and the print of la Morenita that stood tall in front and to the side of the altar made him think of three adjectives for Mary: “woman-Lady-, mother and mestiza [mixed race].”
“Mary introduces herself as a woman,” he said. “And she introduces herself with the message of someone else. Meaning, she’s woman and she’s disciple.”

“Christian piety, throughout the ages, always sought to praise her with new titles,” Francis said. “They were filial titles,” that expressed “the love of the people of God, but they did not touch in any way her being a woman disciple.”
(The word tocar in Spanish, which the pope used speaking off-the-cuff, means to touch, but in several contexts, including this one, also means to change.)
St. Ignatius, Francis said, liked to call the Virgin “Our Lady.” According to the Argentine pontiff, “it is as simple as that. She doesn’t expect anything else. She’s woman, she’s disciple.”
The pope also quoted St. Bernard who said that no praise is enough to talk about Mary, but that in the end, nothing is as representative of her “humble discipleship” more than “being faithful to her master, who is her son, the only redeemer.”

Francis’s words came as he said Mass in Spanish for the thousands who had gathered in St. Peter’s Basilica to mark the feast of Our Lady of Guadalupe, patron of the Americas and the Philippines. This Mass is a tradition he began during the first year of his pontificate.
The pontiff then moved on to the next adjective, that of “mother.” Mary is the mother of all peoples, “to us all,” of “our hearts, of our souls,” and also the mother of the Church. And she’s also a “figure in the Church.”
“We cannot think about the Church without this Marian principle,” he said. “When we look for the role of the woman in the Church, we can go through the path of functionality, because the woman has functions to fulfill in the Church, but that leaves us halfway.”
“Mary woman, Mary mother, without any other essential title,” Francis insisted. Even the litanies, recited at the end of the rosary, are titles given to her by her children who are in love with her and who sing to their mother, but in the end, they don’t change that “essence” of being “Mary, woman and mother.”
The third adjective, the pope said, means Mary becoming “mestiza” to be the mother of everyone. “She became mestiza with humanity. Because she made God mestizo. And this is the great mystery: Mary makes God a mestizo, true God but also true man.”
“Mary is woman, Our Lady; Mary is the mother of her Son and of the Holy hierarchical Church, woman of our peoples but who made God a mestizo.”