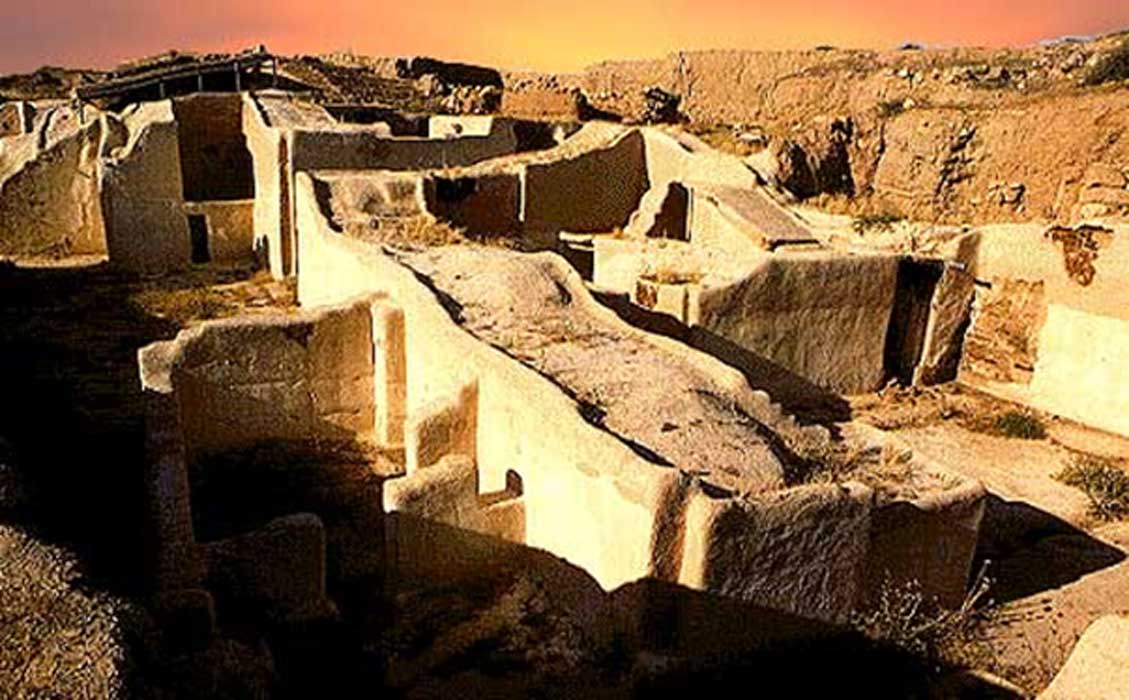 It is sad to see truth brushed aside for the sake of a political agenda.

That is exactly what has happened at the important site of Tell Mardikh: Ebla.

Thus in an article written in 1979, Boyce Rensberger wrote:

A leading archeology journal has charged that Syrian authorities are trying to suppress the findings of scholars who are deciphering the huge cache of inscribed clay tablets discovered amid the ruins of the 4,500‐year‐old Kingdom of Ebla.

The recent discovery of Ebla in Syria, with the thousands of tablets in its palace archive, is regarded as one of the great archeological finds of the century. Research at Ebla is shedding light on the political and economic nature of humanity’s earliest large cities.

The current controversy stems, however, not from such secular matters but from the religious and ethnic affinities of the Eblaite people. Preliminary reports from the scholars suggested that the tablets contained numerous references linking Ebla to the world of the biblical Hebrews.

The tablets reportedly contain references to persons with names resembling those of the ancient Hebrew patriarchs and to cities, prominent cities Bible stories, that heretofore were thought to have been mostly allegorical. Speculation has even gone so far as to suggest that the ancient Eblaites may have been early Hebrews or, at least, that Ebla was stronghold of Hebrew cultural influence.

Syria, whose recent policies have been strongly anti‐Zionist, has reportedly exerted pressure on ar cheologists and linguists working at the Ebla ruins to stop speculation on biblical links and to emphasize instead Ebla’s role in “proto‐Syrian history.” The Ebla research is being conducted by an Italian team whose continued access to the site depends on permission from the Syrian Government.

In a lengthy article in the current issue, Mr. Shanks also calls for prompt publication of some key tablets that, at least until recently, were said to contain important biblical references. Not one of the 15,000 or more tablets has been made available, even in a readable photograph, to the scholarly community.

Word of the tablets’ content has come almost entirely from the linguist who first deciphered their Semitic language. That linguist, Giovanni Pettinato of the University of Rome, has since issued a subtly worded “declaration” saying that news media have exaggerated the biblical implications of EbIa. “We are not authorized,” he wrote, “to make the inhabitants of Ebla ‘predecessors of Israel.’ ”

The statement was issued at the request of the Syrian Antiquities Department and was published in a Syrian Government magazine called Flash of Damascus Although the statement does not flatly deny an Ebla‐Israel link, the English‐language magazine commented that the statement “refutes all Zionist allegations aimed at defacing Syrian Arab history and emphasizes the antiquity of the Syrian civilization and its wide fame.”

Before issuing the statement, Professor Pettinato had described, in articles and speeches. a number of connections between Ebla and the Bible. These include an Eblaite creation and Flood story resembling those of Genesis; personal names such as Abram, Esau. Israel, Michael, Saul, Ishmael and David, all of which figure prominently in the Bible; the names of several cities otherwise known only from the Bible; and references to deities named El and Ya, biblical names for the god of the Hebrews.

None of the documentation for these statements — the actual tablets — has been made publicly available. Although long delays in publishing archeological discoveries are common, Mr. Shanks suggested in an interview that Syria’s political pressure may also be playing a role in keeping the Ebla tablets under wraps.

“I can’t think of any other finds that are as directly significant for helping us understand the Bible as these tablets would be.” Mr. Shanks said.

The director of the Italian team at Ebla, Paolo Matthiae, has also now repudiated the biblical connections. In the same issue of Flash of Damascus, Professor Matthiae is quoted as calling the biblical links “antiscientific and antihistorical speculation that I vigorously deplore.”

According to Biblical Archeology Review, Professor Pettinato resigned because he was dissatisfied with the way Professor Matthiae was running the committee. Paraphrasing Professor Pettinato’s remarks, the magazine said, “The way Matthiae is organizing things, the Ebla tablets won’t be published for 300 years.”

In his call for the Ebla researchers to publish some of the tablets, Mr. Shanks singled out one. known as TM‐75‐1860, that has been said to bear on the historical accuracy of Genesis 14.

Mr. Shanks said the accuracy of this chapter could help establish whether there really was an Age of Patriarchs, such as Abraham. Genesis 14 speaks of a military campaign led by Abraham and mentions five Dead Sea city‐states, including Sodom and Gomorrah. Scholars have had no other evidence that the city‐states existed.

Official view objects to emphasis on Biblical connections. BAR calls for prompt publication of most significant tablets which relate to the Bible.

It is now clear that anti-Zionist political pressures in Syria are attempting to affect the scholarly interpretation of the Ebla tablets. The Syrians are furious that in the West the intense interest shown in this fantastic cache of tablets has focused on their importance for understanding the Bible and Biblical history.

For the Syrians, the tablets are important because of their significance for the study of what the Syrians are now calling “proto-Syrian history”. Syrian authorities want Ebla scholars to give a “proto-Syrian” emphasis rather than a Biblical emphasis to their work. Dr. Afif Bahnassi, Director General of the Syrian Department of Antiquities and Museums, has asked the Italian scholars who are excavating Ebla and interpreting its horde of tablets to make a formal “Declaration” about the implications of the inscriptions for Biblical history, on the one hand, and for Syrian history, on the other. ….