Calling all saints for our troubled times 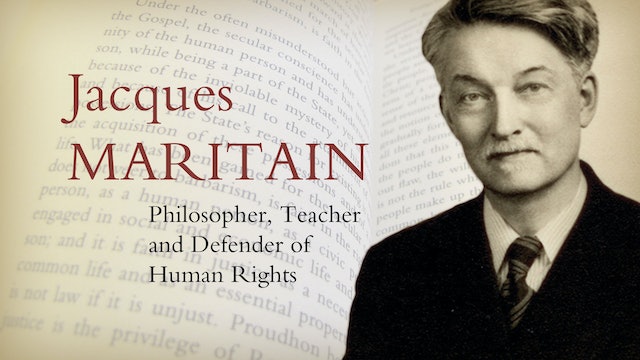 will presently become uninhabitable for anybody but Saints”.

From Bad News to Good News

My wife and I were sitting in Pann’s, a local eatery. Filmmakers use it to get “real life” footage. Service at Pann’s is also real life, as in slow. Rena, in her mid-90’s, stopped by our table, sequins shining, to schmooze. With her husband, decades ago she’d started the place. We were leafing through the L.A. Times, and she raised a pointed question: “Any good news yet?”

We laughed. It’s better, after all, to laugh than to cry. And there’s plenty to cry about, so much that lots of us are asking just how bad things are.

St. John Paul II, the philosopher-pope, was no Pollyanna. In his encyclical Fides et Ratio, he notes that today “the possibility of discovering the real meaning of life is cast into doubt,” and so “many people stumble through life to the very edge of abyss without knowing where they are going.”

In a like vein, Jacques Maritain observed that “Nowadays the devil has made such a mess of everything…that the world will presently become uninhabitable for anybody but Saints.”

Such comments, an old teacher of mine liked to say, “lead us by way of easy and natural transition to”… politics, politicians, and statesmen and stateswomen. How so?

I’m thinking of politics as the sphere of life in which what needs to be done requires that we come together to get it done. But can we come together when we’re in doubt about the meaning of life and don’t know where we are going? Not unless there are saints among us.

I’m thinking, too, of politicians as operatives and opportunists. They are long on technique and short on vision. For them “appearance” is reality enough, and “seeming to be” is being enough.

Now come the statesmen and stateswomen. They’re the saints of the political order, and they are struggling with what is an established disorder. The struggle leads to a daily puzzling over three tough questions.

Second, how can political action and giving witness come together? We’d do well to look closely at people who forged a unity of the two in their lives. Martin Luther King, Jr., is someone who did so. We are in grave need of more such people. That’s an answer, in the sense of telling us where to look for an answer.

Third, given that the times are evil and saints are few, is it possible to build a political party ordered to the common good? Such a party would be pro-life for the whole of life. Rather than fashioning golden calves from material goods, it would put material goods at the service of people. In doing so, it would honor God’s creation. That leaves us not with an answer but with a question that stubbornly remains a question.

And yet, with God, all things are possible. That’s the Good News of Easter!